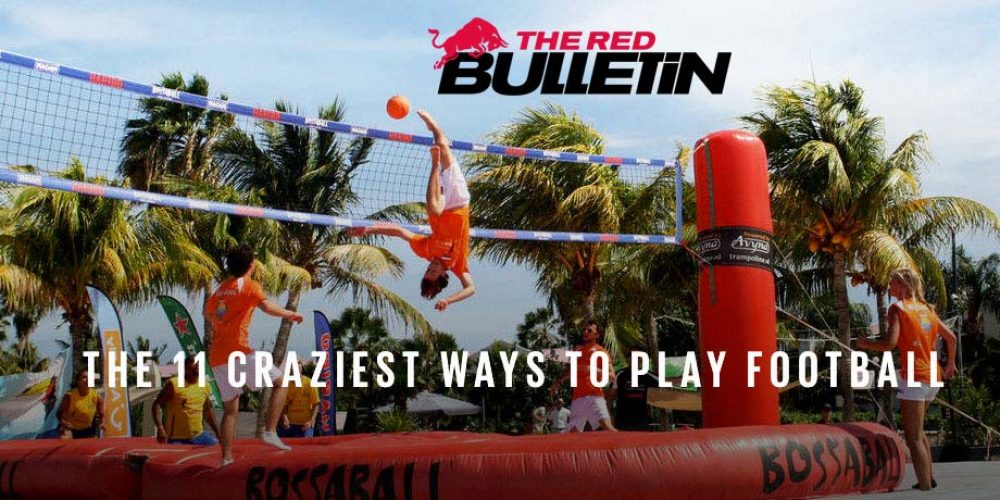 Bossaball, the sport that brings football, volleyball and gymnastics together on an inflatable court, is once again part of a story at the Red Bull Media House, a multi-platform media company with a focus on sports, culture, and lifestyle.

In order to reactivate an article in The Red Bulletin, which showed its readers the craziest ways to play football in Red Bull’s “Beyond The Ordinary” in-house magazine, a video compilation was put together and launched on their Facebook fan page.

The result: 30 seconds of 100% Bossaball-football-action!

Red Bull Media House covers A decade in the air

This is not the first time that Bossaball has collaborated with the Red Bull Media House. In 2015, they sent out a team to cover the “A decade in the air”-Cup, our 10th-anniversary tournament.

You still haven’t seen the first part of the documentary? Click on the video below and dive into the action of the final between the promising team from Argentina and the, after all, undefeated Belgians!

Red Bull TV followed throughout the preparations of the four teams – Belgium, the Netherlands, Argentina and Spain – at the Bossafarm and afterwards during the striking two-day tournament. It took the teams from snowy mountain tops in the Sierra Nevada to Malaga’s recently inaugurated state-of-the-art port. As a teaser, Red Bull posted a short video from the first day of the competition. Here the teams were playing at over 2.000 m altitude in the Sierra Nevada.