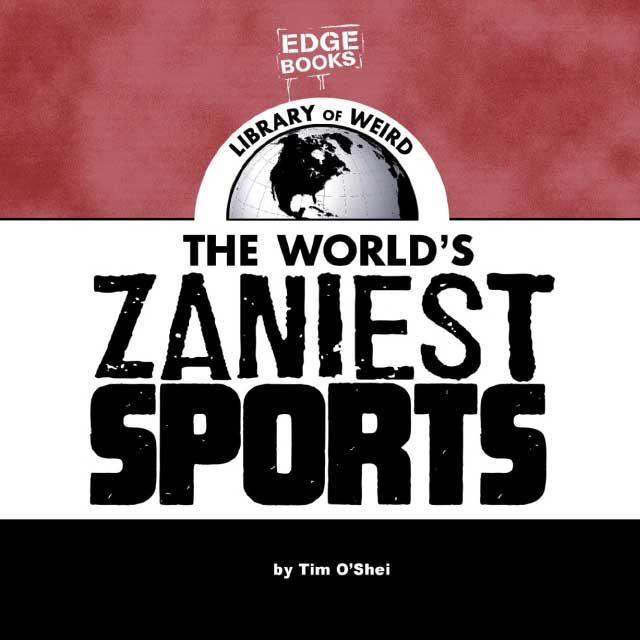 At first glance this game looks like a bizarre version of volleyball. It combines elements of volleyball, football, gymnastics, and martial arts. Bossaball began in Spain and is becoming more popular around the world. This wild team sport is played on an inflatable court featuring a trampoline on each side of the net. Teams hit a ball back and forth over the net. But players don’t just use their hands. They can also do backflips to kick the ball with their feet. Sometimes they even make passes with soccer-style head shots. In Bossaball the players do almost as much flying as the ball itself! 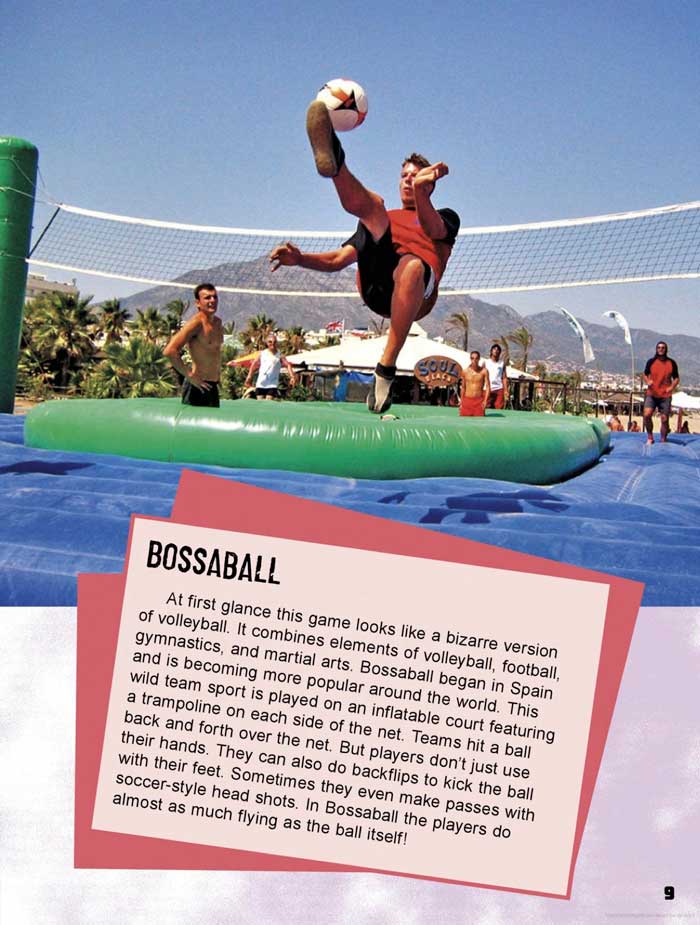