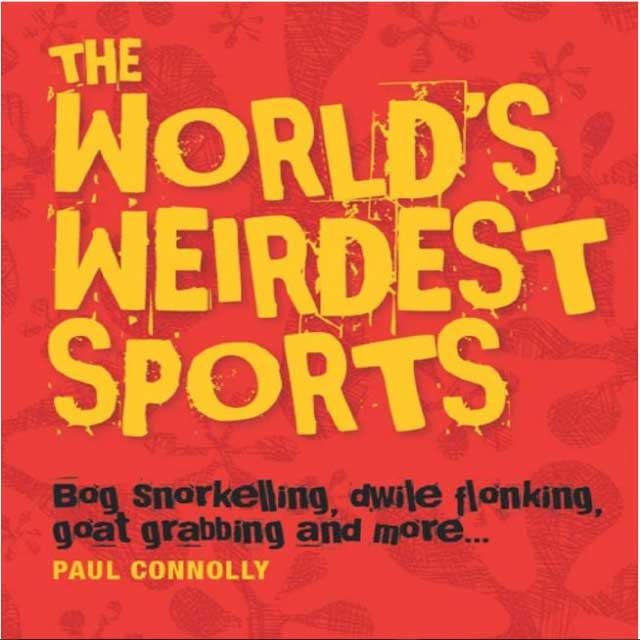 If the world was crying out for a sport that mixed volleyball, football (soccer), trampolining, the Brazilian martial art of capoeira and the hip-shaking vibe of samba, it was keeping its voice down.

Nevertheless, in Spain during the last decade, Belgian music entrepreneur Filip Eyckmans rummaged around in his imagination and invented bossaball—not only a melange of the aforementioned ingredients but also, tellingly, a franchise for hire.

Perhaps the most distinctive feature of bossaball—one, ironically, that all but guarantees it will remain, like SlamBall, a fringe sport—is the court itself. The size of a volleyball court, and with a volleyball net strung across it, it is entirely inflatable, like a child’s jumping castle minus the walls, turrets and vomit. More distinctive still, on each side of the net in centre court, are two circular trampolines; each separated from the expanse of inflatable court by knee-height inflatable rings (bossawalls) about 1 meter wide. Considering such complexity, it will come as no surprise that it takes about 45 minutes to assemble the court, beyond the patience of the average child who, in any case, wouldn’t have a backyard big enough to fit one in. Bossaball is ideally a three, four or five-a-side game in which one player on each side remains stationed on his team’s trampoline. As with volleyball, the object of the game is to propel the ball over the net so that it is grounded in the opponent’s half of the court, or cannot be returned. One point is scored when this occurs, while three points are scored for grounding a ball on an opponent’s trampoline. No points are scored— and the ball is considered to still be in play—when a ball strikes the bossawalls.

While bossaball has been launched in Belgium, the Netherlands, Spain and Brazil, it appears guaranteed to remain a sport mainly used as a marketing device—not least because members of the general public will rarely see it played and even more rarely play it themselves. As the sport’s internet home page states:

This is not to suggest that many people don’t enjoy playing or watching bossaball, not least a significant number of poseurs—the tanned, lightly muscled type often found strutting around on Brazilian beaches in swimming costumes that don’t leave enough to the imagination—who see it as another wonderful means of exhibiting themselves. 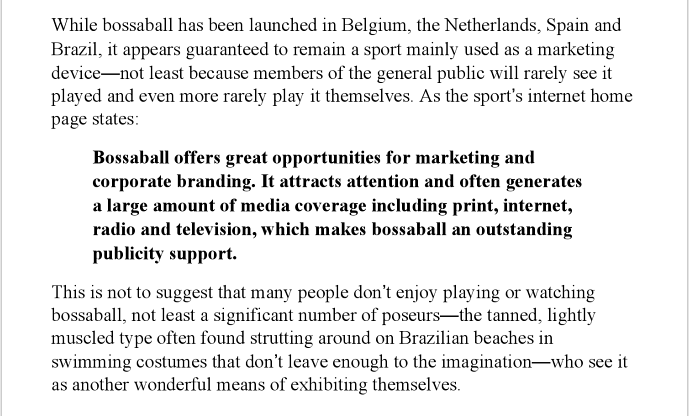