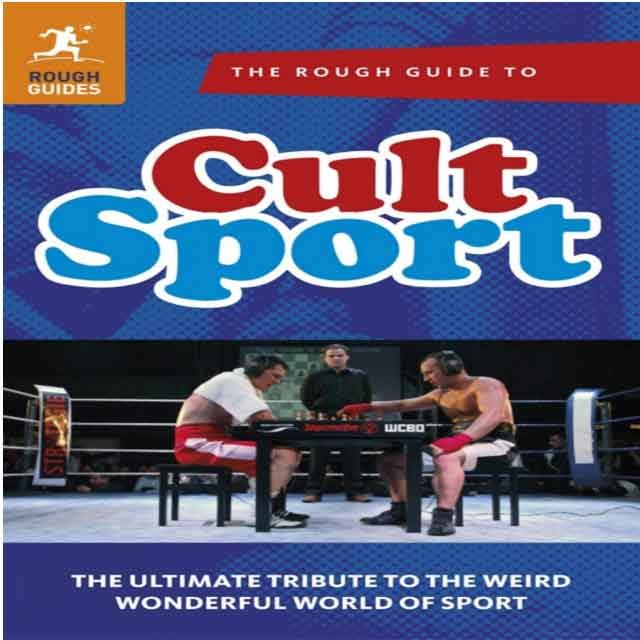 Bossaball: “Even the refs will get your hips moving.”

It’s hard not to like the idea of this recently invented sport, which represents one of the many variants of volleyball, that has added elements of soccer, trampolining, gymnastics and capoeira to the mix.

Invented by Belgian Filip Eyckmans in 2003, when bouncy castle technology had been perfected, the game is played by between three and five players on a giant inflatable, in which a small inset trampoline is placed near the net, both to assist spectacular volleyball “spikes”, (though any part of the body is allowed) and to offer the bull’s-eye of a target for players to aim for. Three points are awarded for a direct hit on the trampoline and one for the rest of the court.

The inspiration for the game came when Eyckmans visited Recife and became enamoured of the Brazilian capoeira craze. Not surprisingly many games have taken place in beach locations, where the playful vibe of bossaball can be best enjoyed. The master of ceremonies is a DJing samba referee, who puts the cherry on the stick of this Brazilian cocktail of fun which is probably as much about the party and the show as gritty win-at-all-costs sportsmanship. Though Belgium and the Netherlands are both big in bossaball circles, the sport is swiftly going global. 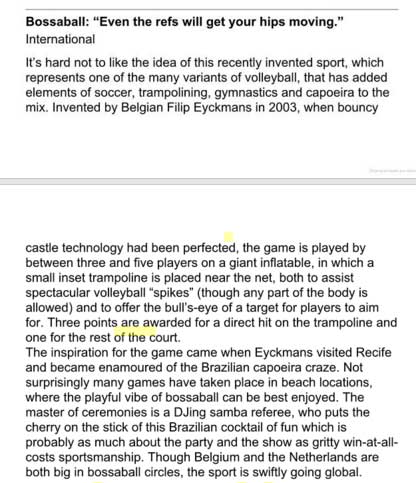 The Rough Guide to Cult Sport recognizes not only the importance and resonance of such pointlessness, but celebrates it with due reverence. Likewise, the men and women who have become cults in themselves are hailed for their appeal rather than just their achievements. Cult contests are fondly remembered, scandals are relived with no hiding place for the guilty — although perhaps the occasional admiring glance — and a number of major league sports have their cult status evaluated and exhumed. We also celebrate the sport of the margins from across the world, where it seems nearly anyone can dream about being world champion of an ancient village tournament or of an eye-catching hybrid game they have recently invented. This is sport as it should be enjoyed, once again removed from mammon in the form of the corporate cash register, and returned to a world where character, courage and love of the game reign supreme. This is Cult Sport.