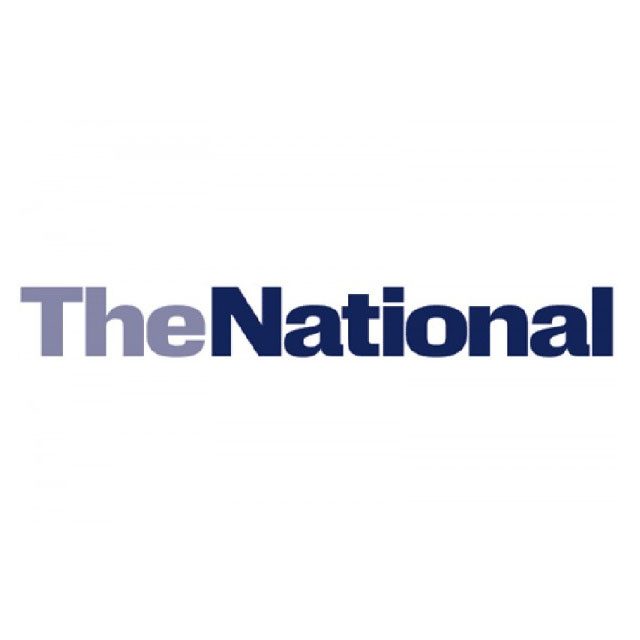 Brazilian bossaball bounces on to the beach

DUBAI // It is like football, combined with volleyball, played on an inflatable court with trampolines on a beach. It is bossaball, and it has arrived here. In equal measures perplexing and pulsating, and certainly not a game for the faint-hearted, bossaball has been intriguing the masses on Umm Suqeim beach this week. The timing of its launch is no accident with the popularity of the recently concluded Beach Soccer World Cup and a Dubai Sports Council (DSC) drive for beaches to be used for sport, making them an increasingly popular venue for games.

Bossaball was created in 2002 by a Belgian living in Spain, and the first league was established in Belgium shortly afterwards. Other leagues have since appeared in countries as diverse as Romania, Singapore and Saudi Arabia. The object of bossaball is to score points by grounding the ball on the opponents’ court through a combination of volleyball-style spikes, acrobatic kicks and trampoline-assisted smashes.

Successful shots by a player on the trampoline are worth three points while shots from the court are worth one. The “bossa” is an inflatable ring that surrounds the trampoline and does not count as the court, forcing rallies to continue when the ball bounces off it at oblique angles. The first team to 25 points, with a margin of two, wins the set and games consist of three sets. Abdullah al Bannay, the managing director of New Sports, the UAE licensee of the sport, said that he hoped to capitalise on the popularity of beach soccer and the interest it had generated in beach sport.

“There is more and more interest in playing sport on the beach and the Beach Soccer World Cup was a great way of promoting it. “Yesterday we held the first [Bossaball] trials and there was a lot of interest from the public. “It is great fun and quite athletic to play. We have taken the court to local schools to conduct some training with the children but it will generally be based at Umm Suqeim Beach until the end of the year.”

The Beach Soccer World Cup brought thousands of spectators to experience sun, sea and sport, and served as a showcase to prove that beaches could attract more than the ubiquitous sunbather. The lack of recreational sports facilities and open spaces in the city has historically been an obstacle to increasing the levels of activity and exercise in the emirate but with the backing of the DSC, beaches could provide a solution.

Still, bossaball will face stiff competition from more established sports in the battle for the beach. Mohammed Nauman, operations manager of Duplays, a company that co-ordinates recreational sport across the city, said that beach sports are their most popular and they plan to add more games for the new season. “Our most subscribed sport is beach volleyball, with over 180 players in 26 different teams in the local league. Beaches are the natural choice for sports here.

“The Beach Soccer World Cup has raised the profile and promoted the benefits of beach games and with a growing population there is a need for more facilities and space for sport,” he said. “We plan to launch beach soccer and dodgeball leagues for the new season in January.” Earlier this year, the DSC held a beach games festival to encourage residents to utilise the beach as a sporting and activity resource, in a bid to combat the growing levels of obesity in the emirate.

The Dubai Pulse campaign, a programme of running, swimming and walking events to encourage more people to take exercise, is based at Mumzar Beach park. @Email:tbrooks@thenational.ae