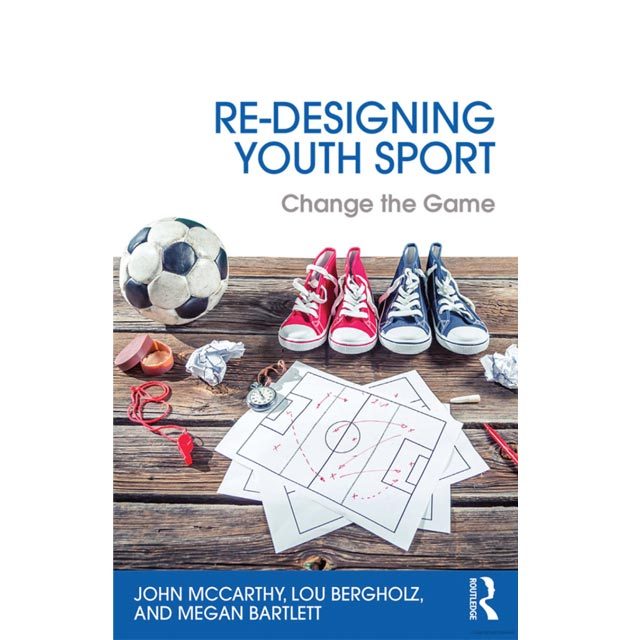 This book was written byJohn McCarthy, Lou Bergholz and Megan Bartlett. All of the writers grew up playing sports all the time. They played competitive sports throughout their college careers, and one of them played professionally. They are also serious students of sport, from the academic to the professional to the youth levels. They have coached. And they have worked in youth sport programs, camps, schools and many other mediums where caring adults are trying to make a significant difference in the lives of the children with whom they work.

Changing the Game, or what we formally call Sport System Re-Design (SSRD), is the result of a unique collaboration between a university—based professor and coach, a sports-based youth development (SBYD) advocate, and a consultant and curriculum designer. What they have in common is a deep passion about the potential for positive impact in youth sport, and the fact that we have all followed uncommon paths to our current careers in SBYD.

Bossaball is given as an example for new and challenging sports

Bossaball is a new sport offering a challenge to talented athletes. Invented in Spain, bossaball includes elements of soccer, gymnastics and capoeira (a form of Brazilian martial arts that combines dance and acrobatics).

The game is played by two teams of four players. The goal of the game is to have the volleyball-sized, inﬂatable ball land on the opponent’s side of the court. The court is essentially an inﬂatable, bouncy volleyball court. It is divided into two halves by a net that can be raised and lowered depending on the ability of the athletes. Each side also incorporates a round trampoline centered near the net. Players jump and engage in acrobatic movements that propel them along the court. The rules of play reﬂect the increased range of movement of the players.

Scoring is tiered depending on where the ball lands and what surface of the body struck it. A player can hit the ball once with their hand, or twice with any other body part. If a player hits the ball with their hand into the opponent’s playing area, their team gets 1 point. If they hit it into the opponent’s trampoline, they are awarded 3 points- However, if a player uses a body part other than the hand (for example, their foot) and lands the ball into the opponent’s playing area they are awarded 3 points. If, while using their foot, they are able to land it in the opponent’s trampoline area, they receive 5 points. A maximum of five touches per team is allowed. Defensive play can also happen at the net with players blocking much in the same way volleyball is played. The first team to 25 points wins.

An important part of the game is the Samba Referee. This is the person responsible for making calls during the game. But they also function as a DJ charged with bringing music, drums and microphones that are played through out the game.

Filip Eyckmans created bossaball in 2003. He was inspired by Brazilian beach volleyball matches and capoeira, and wanted to create a game that combined music, ﬂair and several different elements from popular beach sports. 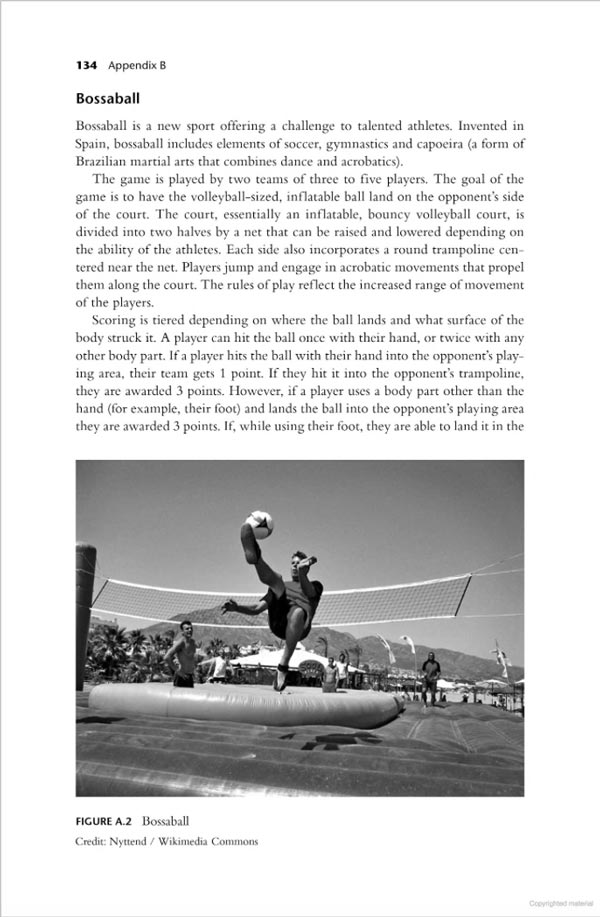 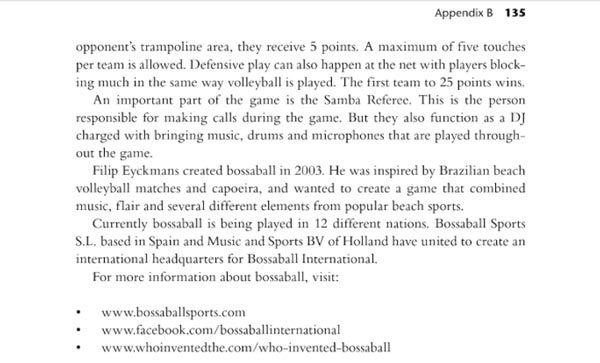