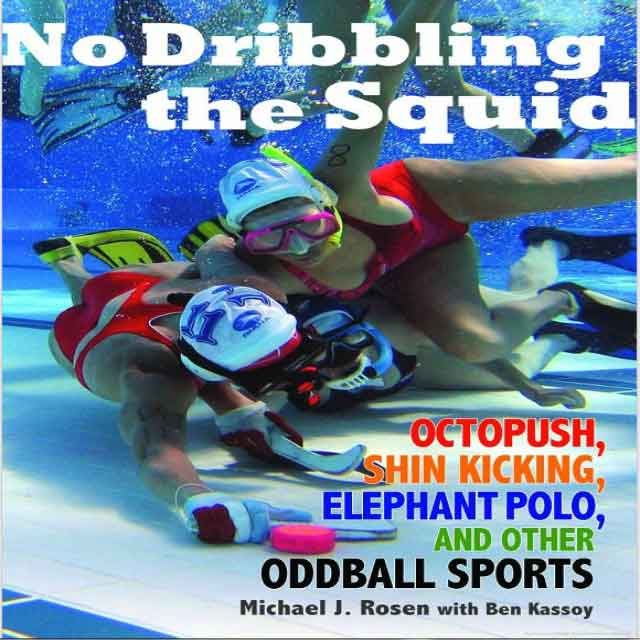 “Referees have a whistle, microphone, various percussion instruments, and a DJ set.”

American beach games include flicking your beer’s lime wedge between the goal posts of your two feet at the end of your deck chair, or “first-one-to-crispy” tanning races. Some beachgoers venture to the sand volleyball net before taking a nap at the first sign that “glow” is turning to perspiration.

But in South America and Europe, beach athletes grab that volleyball for a sport that’s equal parts “soccer, gymnastics, and capoeira (an acrobatic Brazilian martial arts form),” mixed up on a court of trampolines and inflatables, and served with a cranked-up bossa nova soundtrack (fruit garnish, optional). Yes, bossaball pretty much kicks sand in the face of beach paddleball.

Created in the early 2000s by Filip Eyckmans, a Belgian living in Spain, bossaball matches two teams of three, four, or five players on an inflatable volleyball-sized court, with a built-in trampoline near the net on each side. (Once again, we ask: What sport wouldn’t be improved with the addition of a few trampolines?) Players serve with either hands or feet, and teams may hit the ball up to eight times per side. Each player can hit the ball consecutively twice with his feet or head, but only once with his hands. Teams generally use all eight touches per side to allow the attacker, the team member on the trampoline, to bounce to maximum height (up to 12 feet), before setting him up for a spike. One point is scored if the ball hits the ground on the opponent’s side; three, if it lands on the trampoline. If a player digs the ball before it touches the ground, or if the ball hits the bossawall—the inflatable barrier surrounding the court—the point continues.

With its disco-fever personality and definite portability (the entire court sets up in forty-five minutes), bossaball is getting crowds “bouncing” at music festivals, dance clubs, and beach parties in numerous countries through-out South America, Europe, and Asia. Meanwhile, here at home, Americans ride mechanical bulls, take mosh-pit elbows to the chest, and continue to perfect field goals with lime wedges.
Want to be the boss of the ball? Bounce over to www.bossaballsports.com 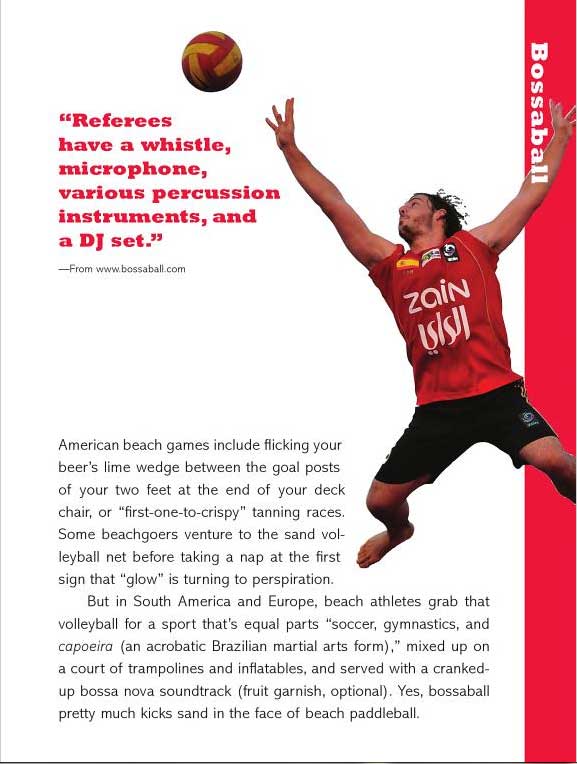 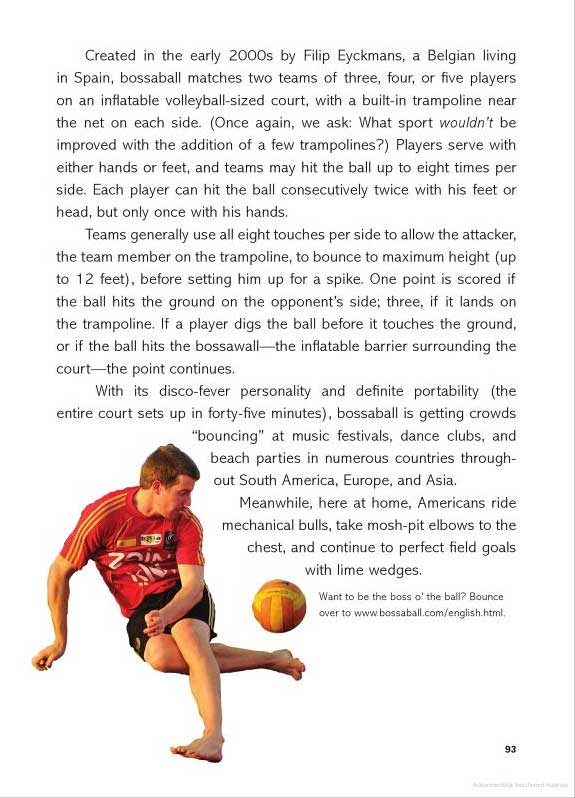 In No Dribbling the Squid, armchair athletes–and anyone who enjoys tales of the strange and unusual–get a front-row seat at some of the world’s most mind-blowing feats of strength, endurance, and eccentricity.