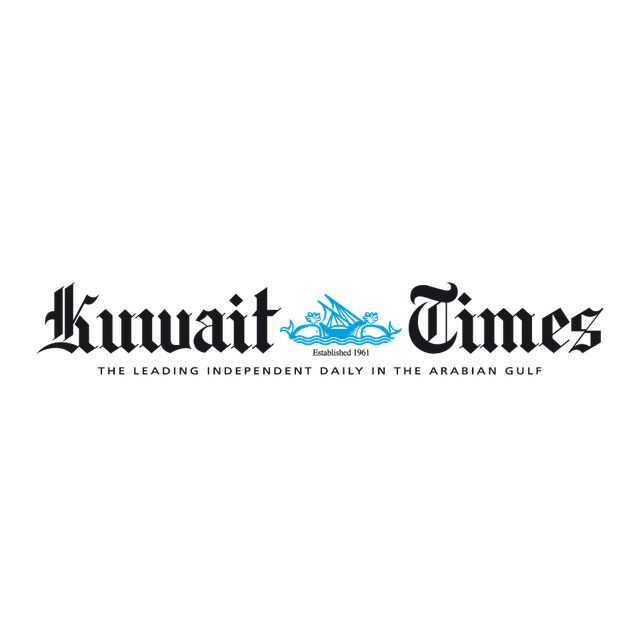 By Nawara Fattahova, Staff writer
KUWAIT : Sporting activities are very popular in Kuwait. Kuwaitis are always eager to try out everything new. The bossaball is a an exciting new game, which is a combination of two games. Kuwait is the first country in the Middle East to experiment with the bossaball. The other Arab countries haven’t caught up with the game yet. Only a few in Kuwait are aware of this new game. Anyone who has played it once likes to repeat the experience.

Bossaball is a team sport. It’s based on the volleyball. So, the feet or any other parts of the body can be used to hit the ball. It is played team-wise; each team comprising eight to 10 players. The aim of the Bossaball is for each team to hit the ball into the opponent’s field. Each team is entitled to a maximum of eight contacts with the ball. The trampoline jumper jumps to a height to prepare for a smash. Players can only touch the ball once with their hands, or touch it with their feet and/or head. Once a team grounds the ball, it gains a point. Scoring on the trampolines is worth three points. Hitting the ball against the bossawall (red inflatable rings around the trampolines) doesn’t count as a score. Mostly six matches are played. Each match ends when any of the teams score 24 points each.

The inflatable trampolines has been placed at one of the public sports clubs. It can be rented on an hourly basis from 8:00am to midnight, and sometimes till 2:00 am. The facilities are fully booked till closing hours. A judge is also available at the hall. Music is a compulsory accompaniment while the Bossaball is played. The players can bring their own CDs, or can simply enjoy the available music. A few minutes break was given to the players so that they can rest for a short while.

The first experience was very exciting for the players. “This was the first time I played this game, and I really enjoyed it a lot. I saw short video clips on the You Tube and it attracted me. Then my friends told me about it, and I decided to try it. It’s a team game, and it depends on players playing well. Simply I had fun,” Abdullah, a 22 -year- old Kuwaiti told the Kuwait Times. Both men and women play the Bossaball. Even girls in Kuwait enjoy playing it. “I enjoyed it very much. It is useful for my body, as all the muscles are exercised. I felt it after the game. I also broke the daily routine by venturing into something new. I love jumping on the trampolines. All this while, trampolines were available in Kuwait for kids. So I couldn’t play on it at public places and if I did, people would laugh at me. So this was a great opportunity to experiment with this exciting sport,” noted Fatma, a 24 -year- old Kuwaiti.

This game is fun for those who practice the sport as well as those who don’t. “It is the best sport that I have ever played. It combines my favorite sports. So I have really enjoyed this experience,” Eman, a 25 -year- old Egyptian said. The Bossaball has become a rage and more people are catching up with it, especially among university students. So recently a tournament was held, On October 10, 2008 a bossaball championship will be held in Kuwait. Four teams will be participating. Two teams from Kuwait: the GUST and the AUK teams will be facing the two visiting teams; the Brazil team and the Spain team.