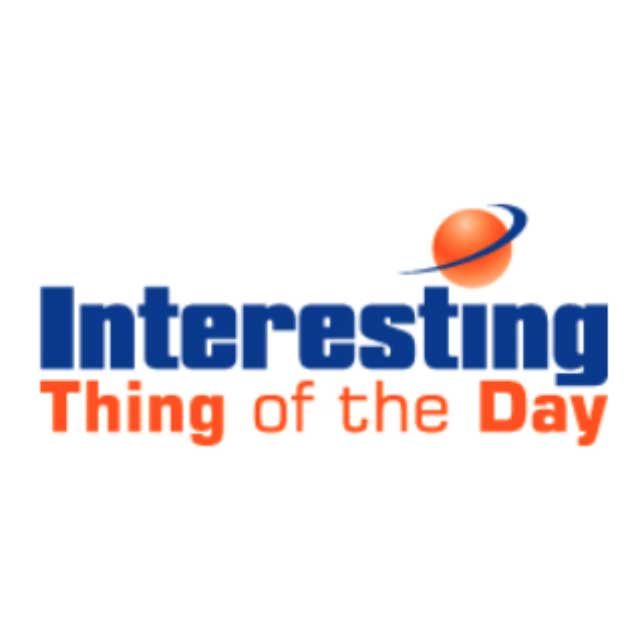 Bossaball: The game with bounce

Team sports don’t hold much appeal for me, with the notable exception of volleyball. I don’t know exactly why that is, but it may have something to do with the lack of violence in the way the game is played. There’s no tackling, tripping, checking, or jostling between players on opposing teams, just the graceful lobbing or purposeful spiking of the ball over the net. Other sports, such as tennis and badminton, have the same appeal, but I like the aspect of team cooperation that is so essential to a good volley.

I once played on a volleyball team and enjoyed it greatly; that is, except for the bruises on my forearms caused by excessive bumping, the aches in my jammed fingers from setting the ball, and the scrapes on my knees from my unsuccessful attempts to keep the ball off the floor. I’ve always thought I’d like to try beach volleyball for that reason, since sand seems much more forgiving than concrete, and the mood is often more casual than serious.

However, I’ve recently found yet another option that could fulfill my need for fun, safety, and team cooperation. The new sport of bossaball is played on a court consisting of inflatable panels, trampolines, and a net, and combines aspects of volleyball, soccer (or football, as it’s known outside North America), gymnastics, and the Brazilian martial art of capoeira.

Blame it on the Bossaball-a
Contrary to what its name might suggest, bossaball was developed in Spain and Belgium, although it takes inspiration from Brazilian music, beach culture, and sport. The word bossa, which is sometimes translated as gusto, style, flair, or attitude in Portuguese, is commonly associated with Bossa Nova, a samba-influenced type of music first pioneered by Brazilian musicians Antônio Carlos Jobim, Vinícius de Moraes, and João Gilberto in the late 1950s.

The name bossaball, therefore, is fitting since music is a major component of how the game is played. In fact, the person overseeing the game is called the “samba referee,” and not only makes calls, but serves as the Master of Ceremonies and provides musical accompaniment to the action going on with the help of a whistle, microphone, percussion instruments, and a DJ set.

The Girl from Trampolina
The basic goal in bossaball is to get the ball to touch the ground on your opponent’s side of the net, as in volleyball, and to win points based on where the ball lands. The most coveted target is the round trampoline directly in front of the net, which earns a team three points, and if the ball hits the inflatable panels around the trampoline, one point is scored. No points are scored if the ball lands on the rings around the trampoline, and the game continues after that.

Teams consist of three to five players, with one player stationed on the trampoline in the middle, and the other players flanking him or her. Eight touches are allowed on each side before the ball must go over the net; only one touch with the hands per player, and two if the player uses his head or feet instead. Teammates not on the trampoline work to position the ball so that the middle player can spike it over the net, either by hand or by executing a flip and kicking the ball to the other side.

Inflated Expectations
Watching the game in action on YouTube reminded me of how much fun I had as a kid jumping and doing flips on trampolines and bouncing around inside those inflatable play houses often found at amusement parks. The players dove, flipped, and jumped in cushioned comfort, and seemed to be having a great time. I felt an immediate urge to join in.

Unfortunately, the key component of the game, the inflatable court and trampolines, does not seem to be widely available outside Europe and possibly Brazil. I don’t know if there are any plans to bring bossaball to North America, but until that happens, I’ll have to settle for volleyball—and make sure I have a good supply of bandages and iodine before I head out on the court.
—Morgen Jahnke 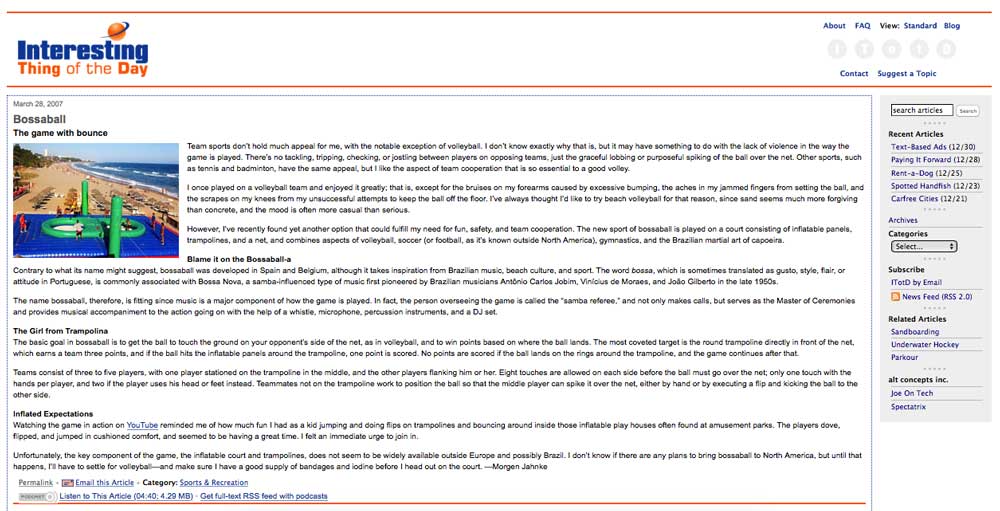