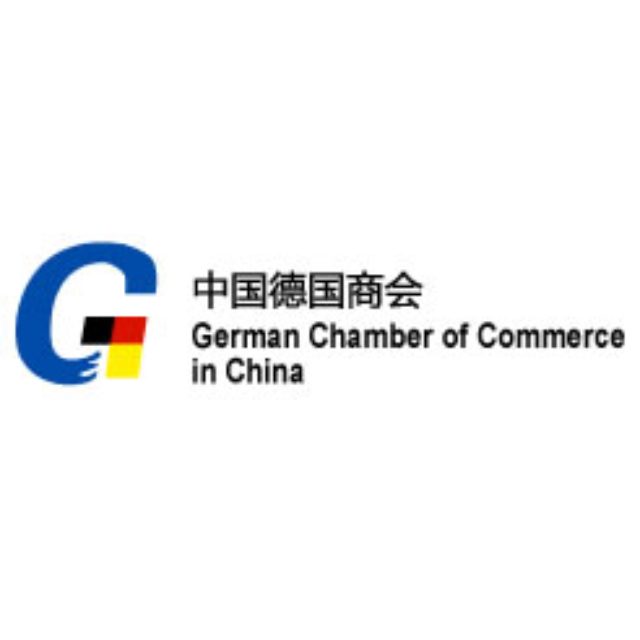 Bossa is the Portuguese word for air or attitude and it carries the connotation of Bossa Nova, a Brazilian style of music with roots in Samba. Combine these colourful qualities with trampolines, DJs and high-flying kicks and you get bossaball, the newest sport sensation coming out of Europe. Already enjoying huge hype in Germany, bossaball could be the continent’s next big export to China. Bossaball’s exhilarating mixture of music and sport convinced Mr. Wilco Nijland, a former professional Dutch volleyball player and physical education teacher, to partner with the game’s founder as the Director of International Development. Mr. Nijland joined the GC Ticker for an interview, sharing his thoughts on the importance of finding the right partner, the ideal athletic atmosphere and the future of bossaball worldwide.

What is the nature of your involvement in the sport?

Bossaball was invented six years ago by my friend and business partner Filip Eyckmans. He focuses on the creative aspects and I am more interested in development, so when he asked me to help spread bossaball worldwide I accepted and became the Director of International Development. We have a strong presence in Europe, the Middle East and Brazil. Although we still focus on Europe, our five target countries are the U.S, China, Australia, Russia and Brazil. We hope to expand in China, where we are seeking a single partner for the entire country or, because it is so large, a few partners in different regions. We also want our partner to have extensive contacts in the sport development and event planning industries, as well as the government. We are trying to grow our sport so this has to be someone we can trust.

It is played on a special court, which consists of two trampolines, four blowers, the net, the sound system and two inflatables, measuring 14m by 18m in total. Teams can comprise anywhere from 3-5 players. The winner is determined by the best of three sets, with the rst two sets going to 21 points and the third set to 15. You get three points for spiking the ball on the other team’s trampoline and one point for spiking it on their inflatable. The potential to earn three points in one hit makes the game very exciting because it can change extremely quickly. Players use a combination of soccer and volleyball techniques to hit the ball, with no more than six contacts before returning it to the opponent’s side.

How widespread is the sport on a professional basis? Are there professional clubs in many European countries?

Currently there are about 60-70 very good professional players. We’re not that well developed in terms of clubs – there are ten clubs in Holland – but we have the potential to grow very fast. At the European Championship held in June, for example, we had teams from ten different countries participate. It’s not expensive to take part – we cover the food and lodging costs, teams are only responsible for paying travel expenses. Germany was represented at the tournament but Belgium took first place.

What level of interest have you seen in Germany?

Whenever we have gone to Germany there has been a lot of interest; we have even gone on TV shows to talk about it such as ‘Willkommen bei Mario Barth’ and ‘Bossaball beim ZDF Fernsehgarten’. It will be easy to develop the sport there, they just need some courts and we need some contacts. Despite the great excitement about bossaball, the German team did not fair well at the European Championship this summer – they need a lot more practice!

How much time do people need to invest in order to be able to play bossaball?

The great thing about bossaball is that it’s so accessible to people of all skill levels. We have instructors at all of our events and people who are playing for the rst time can usually pick it up within a few hours. Everyone can play bossaball because it’s a combination of volleyball and soccer skills – if you can do something with a ball you can play.

How safe of a sport is bossaball? Are there any major safety concerns?

Our courts are very safe and safety is our number one priority. There are almost no accidents in bossaball. In the six years that the sport has existed I can only think of around 15 significant injuries such as broken bones, but these types of things can occur in any sport. Compared to other sports I think bossaball is very safe.

Is bossaball only played outside? Can people play it during winter?

The game can be played year round; outdoors during the summer and indoors during the winter. If we play indoors we just need to make sure the roof is at least 7m high so that it doesn’t interfere with the ball. We also need enough electricity.

How much exercise do you get playing bossaball?

Bossaball is the next level of volleyball. The players are moving all the time, especially the person positioned on the trampoline because he or she is always jumping. The physical requirements can be compared to beach volleyball.

Where are your courts manufactured?

Our courts are produced in Turkey. We have worked with one company in China and we still enjoy a successful relationship with them. But now other Chinese companies are copying our courts. We are pursuing legal action against these other companies because we are the only licenced provider of these courts and there are safety issues in terms of padding and design if the courts are not made exactly to the proper speci cations. Anyone interested in obtaining a bossaball court should contact us directly.

Do you hear music throughout the entire game?

Yes, music is a very important part of bossaball – it is the combination of music and sport. The atmosphere is essential: we must entertain the audience. We accomplish this by having Samba refs oversee the match. Their job is not only to supervise the game but also to entertain the crowd. We have DJs, music, dancing, drinks, the sun and great competition with exciting tricks by the players – this atmosphere is what bossaball is all about.

Mr. Nijland, thank you for the interview. 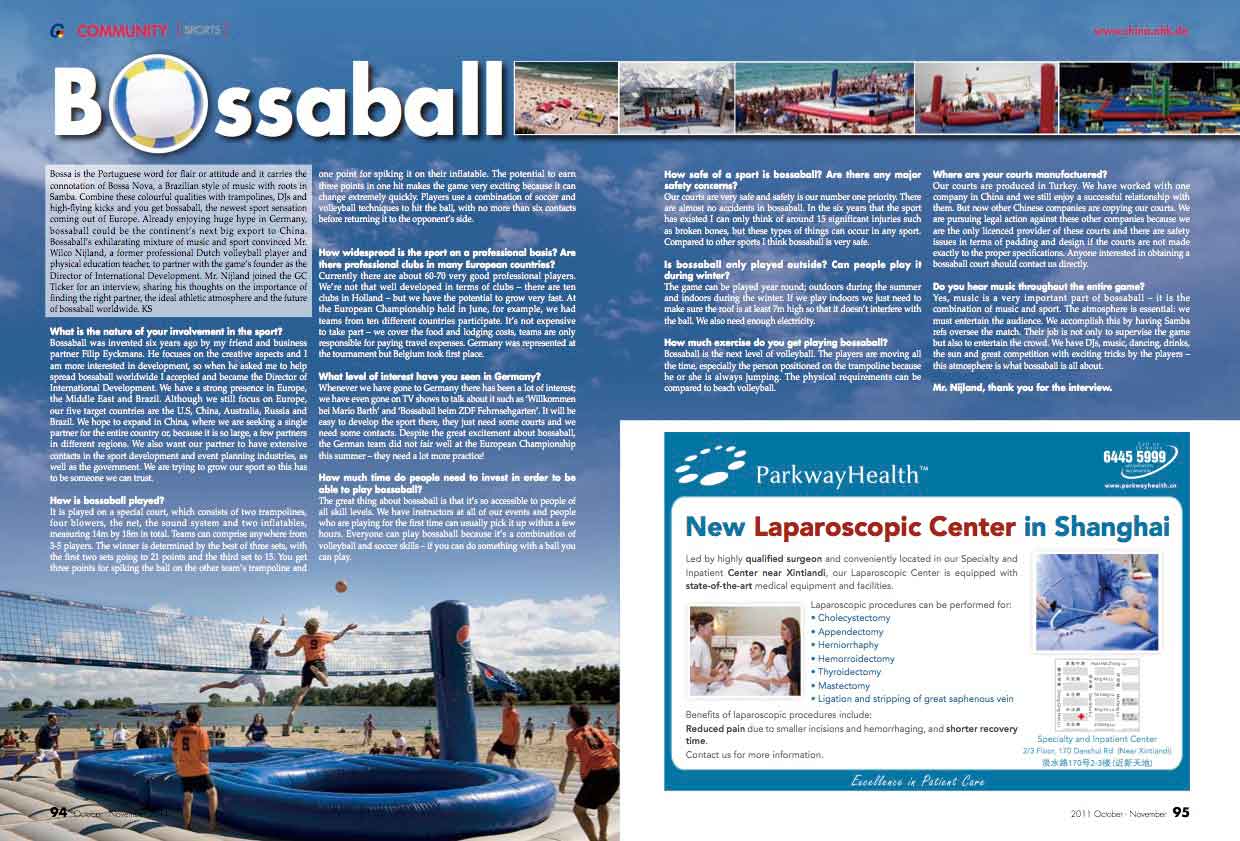