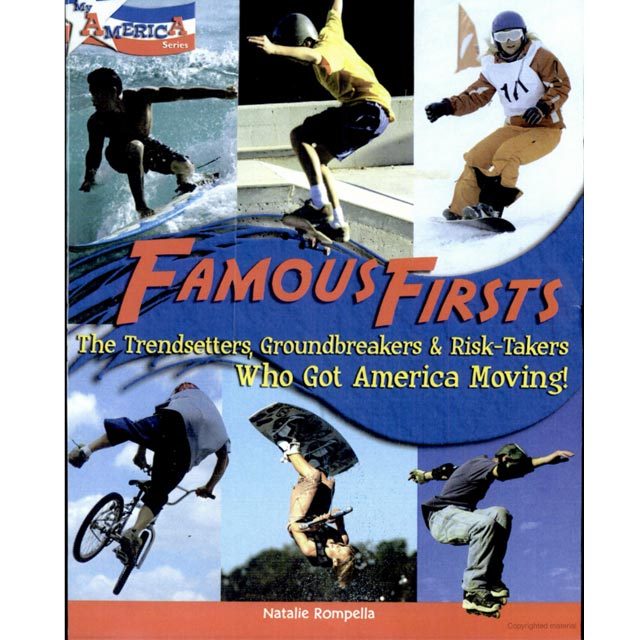 This book by Natalie Rompella is about the trendsetters and groundbreakers:

Wow, America sure has a lot of talent! And each sport started so differently. Some of the groundbreakers planned their ideas in advance, others had an “aha” moment and went with it, and still others used an object in an inventive way. Regardless of how each sport started, it caught on and turned heads. It spread from one dot on the map to the rest of the country, and then the rest of the world. The activities not only have Americans moving, but they also have people in the rest of the world joining in on the fun and adding their own twists and firsts.

Bossaball is given as an example about how the in the US invented trampoline is being used in different ways around the world.

Celebrate these trendsetters, groundbreakers, and risk-takers, including the people who were behind the scenes, such as those altering the equipment, making wheels that rolled more smoothly or bike handlebars that could turn completely around in a circle. Cheer for those who got in front of the camera or tried out a new move in front of a crowd. They have shown us that sports are always changing, thanks to creative contributions, and that the possibilities are endless. Maybe these famous firsts have inspired you to learn something new. Check out your community center or local park district to see what is offered, such as skateboarding lessons or Ultimate leagues and then get moving!