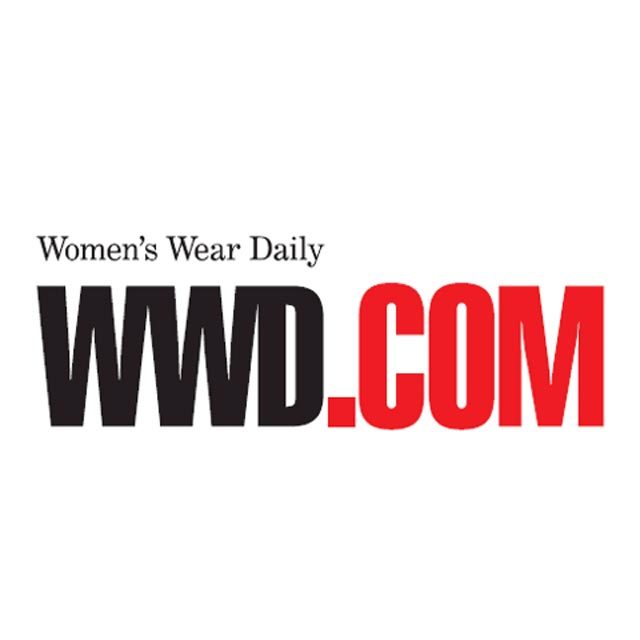 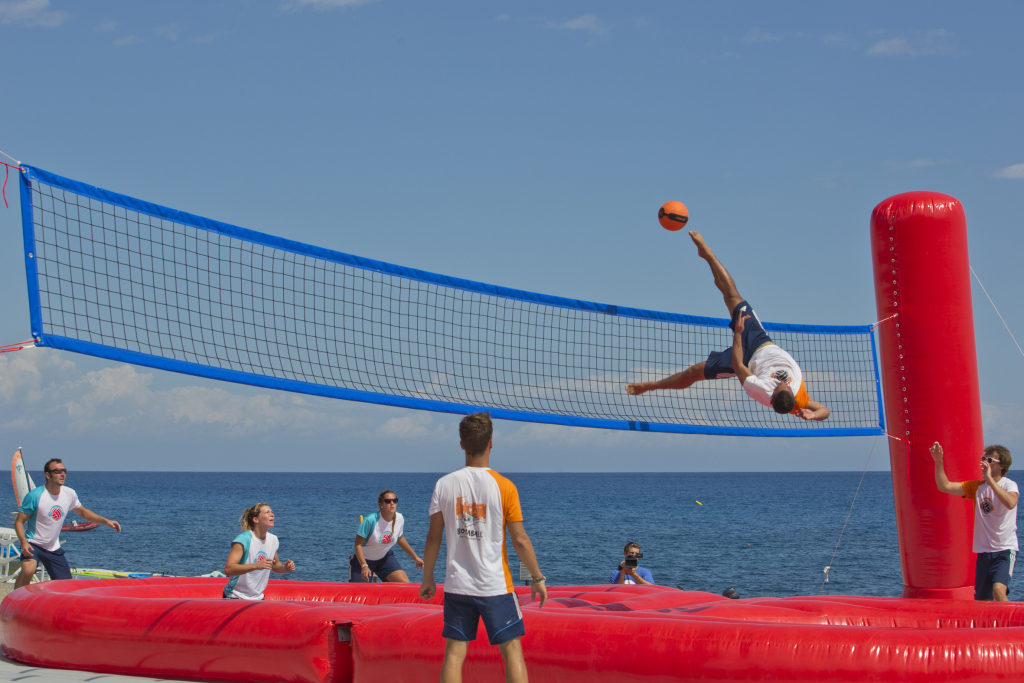 Bossaball is a combination of soccer, volleyball and gymnastics.

(Women’s Wear Daily (WWD) is a fashion-industry trade journal sometimes called “the bible of fashion.” WWD delivers information and intelligence on changing trends and breaking news in the men and women’s fashion, beauty and retail industries with a readership composed largely of retailers, designers, manufacturers, marketers, financiers, media executives, advertising agencies, socialites and trend makers.)
Blame it on ath-leisure’s lockdown on fashion, the global political upheaval, experiential marketing or just plain thirst for escapism, but many consumers are giving extreme sports a closer look.
While most won’t be rushing to play a game of Bossaball — a mash-up of soccer, volleyball and gymnastics played on an inflatable court — there are other more attainable pursuits for adrenalin seekers and less-daring athletes alike. Whether via smartphones or actual participation, a range of daring activities are attracting consumers’ interest, though many of the elite athletes excelling at them don’t have the support of major athletic brands.

For the first time this summer, ESPN’s X Games will feature Moto X QuarterPipe High Air, though only male athletes will be competing this time around. While slack lining, sand kayaking, wing walking and drone diving — parachuting from the top of an oversize drone — require some serious bravado, there are also more where-there-is-a-way pursuits like ultra trail running, Flyboarding, ice swimming and the Arctic ultra, which gives runners the option of a 120-mile run followed immediately by the start of a 350-mile one.

Even Bossaball has an eye for design considering a Piet Mondrian-inspired Bossaball court is expected to be used for the first time during the FIVB Beach Volleyball World Championships in Vienna in July. Talks are under way for an apparel sponsorship for the event as well, according to Bossaball International’s Flemming Sörensen. Created in 2005 by Filip Eyckmans, a former music manager who got hooked on capoeira during one of many business trips to Brazil, the sport will soon start its summer season in Europe with many matches scheduled for Belgium and The Netherlands.

In the three weeks since the Latvian company Aerones executed the first human flight and parachute jump with a 28-propeller drone, a number of technology and entertainment companies have approached executives about potential collaborations. Chief engineer Janis Putrams, who piloted the 28-propeller drone for skydiver and wind tunnel flyer Ingus Augstkalns’ May 12 jump, noted that in addition to sports and entertainment, the drones can be used for firefighting, rescuing people and civil defense. “We have been approached by tech and entertainment companies but not any apparel brand so far,” Putrams said.

As Red Bull, ESPN, Vans and a slew of other household brands have proven, marketing tie-ins to cliff diving, street-style skateboarding and the like are Instagram gold. This summer’s X Games Minneapolis will get rolling with Harley-Davidson Flat Track Racing at Mall of America where racers will rev their high-performance motorcycles around an oval track at speeds of up to 130 miles an hour. Fans and followers may be surprised to find Fruit of the Loom, a brand that is more associated with 9-to-5ers than freewheeling thrill-seekers, is on board as an event sponsor. A Fruit of the Loom-sponsored athlete will be on hand and product freebies will be doled out to some fans.

Extreme sports are a worldwide phenomenon fueled by women and men who “are anything but irresponsible risk-takers with a death wish,” according to a new research paper coauthored by Eric Brymer, a QUT adjunct professor who is based at Leeds Beckett University.

Asked about the uptick in interest in extreme sports, Brymer said Wednesday “because extreme sports are not bound by predetermined rules and regulations or artificially set boundaries, they facilitate creativity, exploration, responsibility, and a direct experience of relating to the [usually natural] environment in ways that other sports cannot provide. The experience is described as freedom in a deep sense that resembles mindfulness and profoundly meaningful and life enhancing. There is also an important ineffable aspect that transcends words…or at least those in the English language.”

What some might consider to be a different kind of extreme training — the Ultimate Fight Club kind — is the impetus for a Reebok initiative. The Boston-based company is selling a limited selection of its training apparel in 16 UFC Gyms in the U.S., including one in Boston. “The goal is to expand to a wider portfolio of UFC Gyms nationwide in the very near future,” a Reebok spokesman said.

While Puma is keeping its focus on running, training and team sports, Smith Optics — a brand popular with snowboarders and cyclists — is developing performance-enhancing products such as the $350 Lowdown Focus glasses. Out in October, the sunglasses use the Mpowered by Muse app to help jocks with cognitive training to improve energy management and game-day focus.

Ultrarunners now can try to pick up the pace with the Sensoria-powered Vivobarefoot smart shoe that uses microelectronics to monitor in real-time speed, pace, cadence, GPS track, foot landing technique and time on the ground. A more adventuresome way to cover some ground can be found with Onewheel, essentially a motorized skateboard with one wheel that is popular with commuters and weekend warriors. Users can dress the part in Onewheel T-shirts and socks. After two years of development with the award-winning Swiss design company Development Never Stops, Wetsleeve aims to start delivering its adjustable hydration device in October. Equipped with a 12-ounce “liquid reservoir,” the forearm device is designed to let kitesurfers, mountain runners and a range of other athletes drink while working out.

As more travelers are determined to not only keep working out on-the-road but also test their mettle with more adventurous sports, hotels like Westin are tying into their athletic interests. Building upon the success of its Gear Lending program with New Balance, Westin now offers guests the option of reflective accessories, as well as activewear and sneakers in 204 of its properties. Interestingly, the Westin Grand Central in New York generates the most requests — nearly 2,000 annually.

At the Omni Mount Washington, overnighters who are willing to spend a little extra don’t have to pack their boots, crampons or ice axe to climb Mount Washington in the winter with a Bretton Woods guide. And at the Montage Deer Valley, guests can splurge to board a private jet for a day of mountain biking or another outdoor adventure at Moab, Zion or Bryce Canyon. Guests at the Hilton-owned Boca Raton Resort & Club now can try the lesser-known water sport — maneuvering a hydro-propelled Flyboard high above the water.

Yogis, meanwhile, are taking to goat yoga — quite literally going through sun salutations and other poses outdoors amid goats — in Oregon, Arizona, Maine, Wisconsin and other states. Lainey Morse trademarked goat yoga to sell goat yoga pants, shirts, mats and other items online. A $48 zip-front “Let It Goat” hoodie and a $40 sleeveless “You’ve Goat to Be Happy” poncho are among the options. Morse is not alone in the field, considering that Arizona Goat Yoga founder Sarah Williams also created goat yoga-themed T-shirts.

“I haven’t heard of any specific designers getting into goat yoga, but our shirts sell really well — usually 30 to 40 per class,” she said. 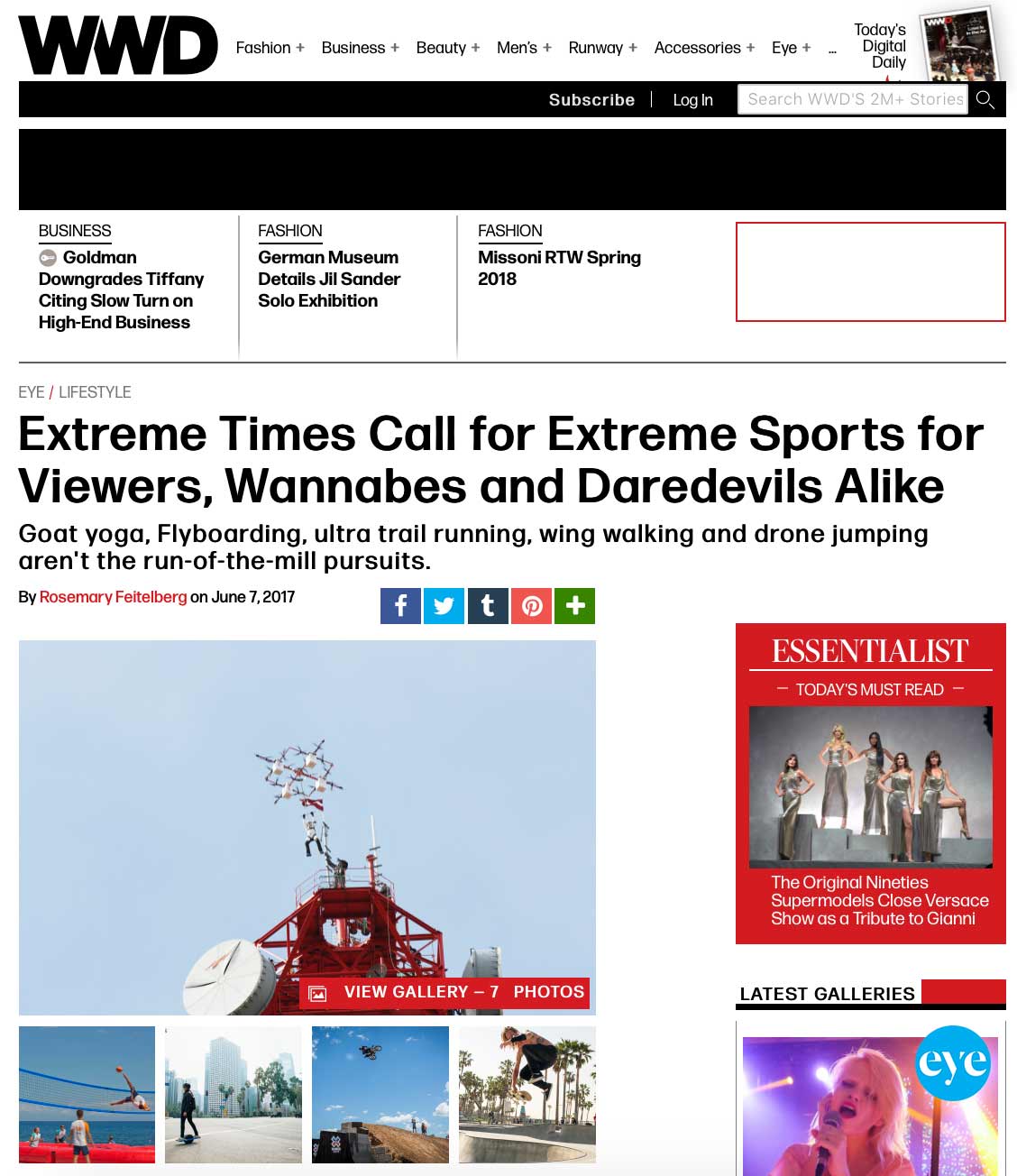