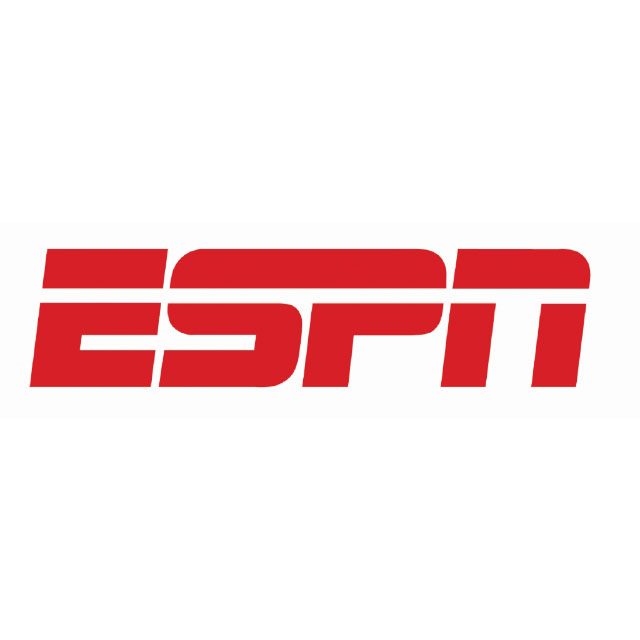 ROGGEL, The Netherlands — It’s like combining your favorite day of gym class and a beach bonanza.

The new sport of bossaball is a mixture of soccer, gymnastics and volleyball and takes place on an inflatable volleyball court with trampolines in the middle. Play starts with a creative serve, such as a player bracing the ball between his or her ankles, back flipping his or her way around the court before sending it over.

Bossaball is played on an inflatable court with trampolines in the middle.

If the game needs a little explanation, it may be best explained with a video primer. Six touches are allowed per side, and double-touches allowed if players use their feet or head. If the ball lands on the court, it’s scored as one point. If it lands on the trampoline, it counts for three, and the inflatable rings around them are playable, not dead ball.

It started five years ago as a brainchild of 39-year-old Belgian Filip Eyckmans. One night, he started developing the idea by constructing the unique court out of potatoes, sponges, skewers and netting used for packaging oranges.

There are no formal leagues. The sport has been steadily gaining popularity, with demonstrations held around the globe from Brazil to Singapore or Qatar. Organizers are in need of sponsors to get them off the ground more than a trampoline can.

“I’ve started from the beginning and have seen it grow,” said 23-year-old Sven Leemans. “You meet people from different cultures with different styles of play. It’s fun because everyone has the same vision, to help innovate the sport, and there’s certainly an element of creativity.”

Leemans came into bossaball five years ago with a gymnastics background and taught the volleyball-savvy player on his team how to do back flips. In return, he learned volleyball, putting them both to good use for the same sport. He’s captain of the Belgian team, which is tops when it comes tricks or special moves.

I hopped on the court to give it a go. Players around me were playing the ball off their chest, head and feet, sometimes doing a back flip waiting for the ball. The court is easy to move around on, and the trampoline is an added element of difficulty, making it harder to be ready for the set to spike. It felt like an advanced backyard volleyball game with relatives in which anything goes.

Mael Verbrugge and Kenny Kiekens, who brought their break-dancing background into the sport, summed up the sport’s appeal.

“For me, it’s having power on the ground,” Verbrugge said. “In bossaball, you can do whatever you want. You can be original.”

[Editor’s Note: Kristy and Katie Barry toured Europe competing in offbeat sports. There was a report each day this week in the Page 2 blog.]

(ESPN Inc. is an American sports media conglomerate based in Bristol, Connecticut. Tt owns various sports broadcasting operations, including cable channels (such as the titular ESPN), a sports radio network, an accompanying website, and other assets. In 2010 a team of journalists visited a training session in the Netherlands and featured the new and emerging sport bossaball on their website.) 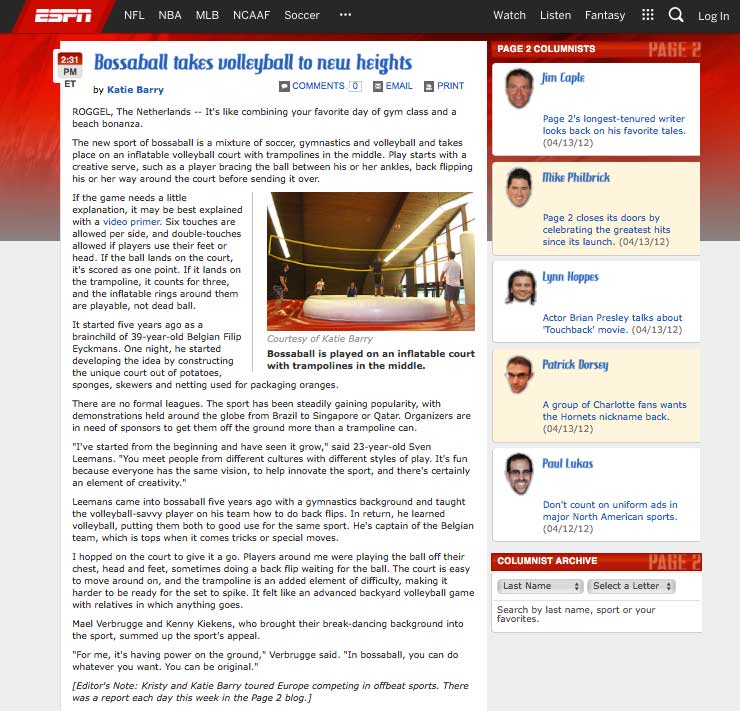