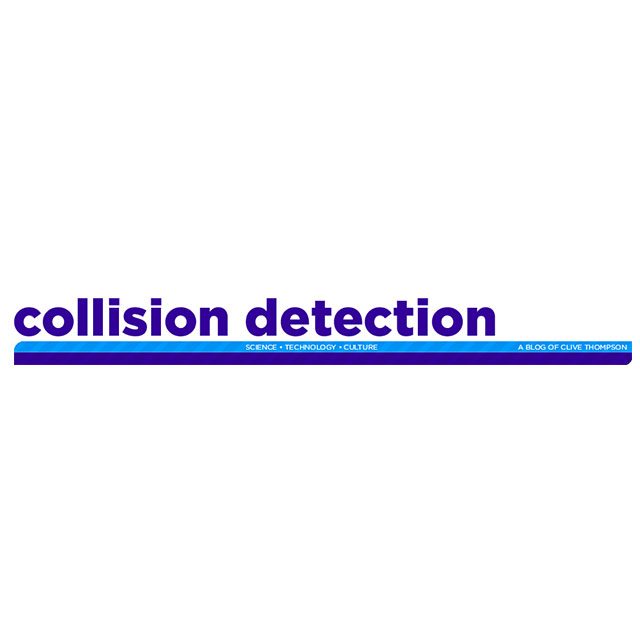 A zero-g version of volleyball

Behold Bossaball: A version of volleyball that takes place on an enormous bouncy inflatable cushion — and includes two trampolines that propel players a dozen feet in the air, giving them insane hangtime and allowing them to deliver spikes with Scud-missile velocity. You’re also allowed to use your feet. Oh, and there’s a DJ whose job it is to synch music up with the plays.

See those three pictures above? They’re stills from a bossball clip, in which the player holds the ball between his feet, does a backflip six feet in the air, and uses his legs to hurl the ball across the net. Heh. Check out other clips here; as the official website describes the game …

It’s a mix between volleyball, football, gymnastics and capoeira.

To say the least. Obviously, bossaball is apiece with other nouveau sports created in recent years — such as the Slamball that Spike TV has been broadcasting, which also uses trampolines. In one sense, they’re pretty silly stuff; part of their appeal is not so much that they’re good sports, but that it’s fun watching people boinging around in the air.

But it reminds me of a question that often occurs to me: Why are there so few new sports created?

All the main ones — soccer, football, baseball, basketball — were codified and mass-marketified decades ago. Why not engineer some new ones? It’s hardly likely that we’ve exhausted all forms of play possible in the physical world, right? In the video-game world, designers have been on a tear for 20 years, pioneering new rulesets that create brilliant, fiendishly tricky play systems. Why haven’t we been equally as inventive in the ‘real’ world?

Bossaball and slamball may be rather marginal, but they’ve at least attempted to engineer a new play mechanic: The use of springboards to expand the vertical range of the athletes. Granted, the springboards are precisely why the games seem so goofy. But at least the designers are trying! And one could imagine that in our age of high-tech materials, a smart game designer could craft gameplay that offered new human abilities without being quite so daffy.

I think part of the problem is that we’ve forgotten that our major sports were, at some point in the past, designed. Baseball and football and soccer and basketball haven’t been with us since the beginning of time. They used to, y’know, not exist, and they only exist now because some dogged game designers had an interesting idea and kept tweaking and tweaking the rules until what emerged was the sports we now know and love. In that sense, baseball’s like an iPod: It’s the product of a bunch of gorgeously organic design decisions that make the whole thing just feel right. (Imagine if there were five bases: That one design change would create quite a different — and probably much worse — game, eh?)

I think there’s something about our physical sports that makes their design process seem invisible. They don’t seem like designed objects; they just are. That makes designers unlikely to want to create new sports, and more importantly, audiences unlikely to want to learn and appreciate a new one. It’s probably significant that video games — which have ushered in a renaissance of new forms of play — initially appealed to geeks who generally weren’t interested in physical sports. They were the only people who craved new forms of play.