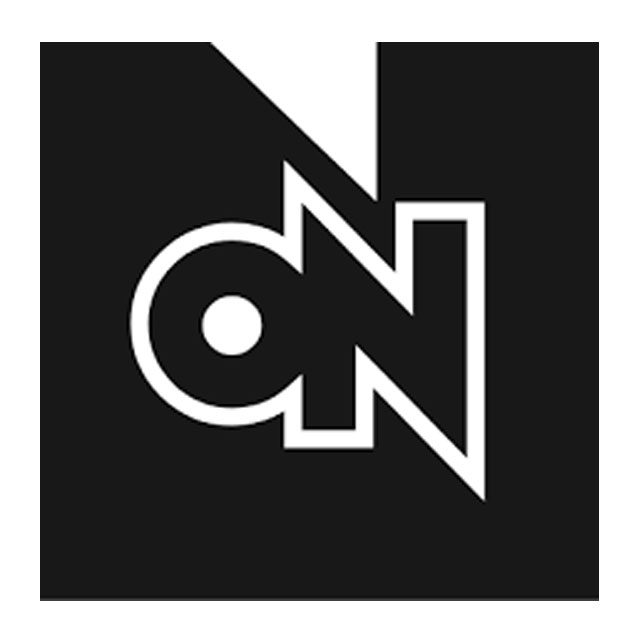 Imagine combining the greatest sports in the world with some of the greatest sporting countries ever into one great big game. Then add music and a massive trampoline. You’ve just imagined bossaball and, yes, it’s a real sport.

Bossaball originated in Spain thanks to the genius of the Belgian sportsman, Filip Eyckmans, 12 years ago. When a young, sport loving Eyckmans moved to Spain, he became encapsulated by the flair and culture of the country.

Playing as a tennis player for the Belgian national team, Eyckmans traveled the world and soaked up its various joys. In his spare time, he played competitive football matches and was a DJ at private parties. It’s fair to say he led quite the lifestyle.

On one trip with the music band, dEUS, in Brazil, the Belgian fell in love with the late afternoon vibe of Brazil’s beaches. Here, he saw capoeira, football, volleyball and dance fuse smoothly together to a musical backdrop and so bossaball was born.

The sport combines volleyball, football, gymnastics and music with an inflatable court and two giant trampolines for one of the most enjoyable looking games known to man.

Popular in its native Spain, Brazil and Argentina, the sport has become the very epitome of flair and fun. The word ‘bossa’ itself actually means style, flair or attitude in Brazilian Portuguese. And, if you watch the video below, you’ll see why.

How much bloody fun does that look?

Bossaball is volleyball but better. Without the restrictions imposed by its cousin’s sport, bossaball allows players to strike the ball with any part of their body. The result is astonishing overhead kicks, dramatic dives and masterful control.

One ‘striker’ bounces on a trampoline by the net whilst their teammates have five touches to establish an attack. The striker bounces as high as is possible and can then launch the ball into the opponents half.

More points are awarded for hitting the opponent’s trampoline and even more are dished out if it’s hit by the foot or head.

Sounds good, doesn’t it? Wait, it gets better.

Not only is the striker on a trampoline, but their teammates are bouncing around on an inflatable court, too. The entire playing arena is inflated and this leads to some thrilling encounters both to watch and play. Like when your family have had a few too many at the bouncy castle party.

Surrounding the court is often a vast DJ set. In the world of bossaball, however, it’s not any old DJ dropping the beats. Of course in this crazy sport, it’s the referee.

But you guessed that, right?

Yep, in bossaball, the ‘samba referee’ controls the game not only with a functional whistle but with percussion instruments, a microphone and, most importantly, a DJ set. Imagine Mike Dean doing that.

The ‘trampolining for adults’ phenomenon is taking off worldwide. Both the Netherlands and Germany have started to take the many pleasures from this sport on top of the countries it first spawned in.

In the UK, we haven’t quite been fortunate enough to see the game sweep the nation, but it’s certainly coming. Companies such as Bossaball Sports are springing up and the events even have sponsorship from the likes of Adidas.

Bossaball goes beyond ultra-tanned teens on Brazilian beaches and ultra-pasty workers on corporate days out, however.

International championships have been taking place since its origin and there have been events such as the World Cup and European Cup taking place ever since. Much like any other sport, bossaball has professional players and competitive competitions.

Unlike any other sport, it’s completely bloody mental.

And now there’s even a dedicated training centre for bossaball fans known as ‘BossaFarm’. Located in Marbella, players are encouraged to bivouac (a natural form of camping) and play all day long.

BossaFarm is the sort of idyllic, eco-friendly camp you see in the films.

“We were in need of such a place in a healthy environment where we could train, during an extensive period. The realization of the BossaFarm fills me with pride and the players seem to love it so far. This health sports development center coincides with the ambitions of bossaball”, Filip Eyckmans.

Great stuff from a truly incredible sport. We cannot wait for it to take off. Fingers crossed we’ll be bossaballing in Britain soon.

(CLICKON powers content and strategy for some of the world’s most forward thinking brands and agencies utilising a global team of talented in-house creatives and an infrastructure designed to deliver content at scale, efficiently. In below article Ben Mountain wrote about the new sport Bossaball on Sep 25, 2017.) 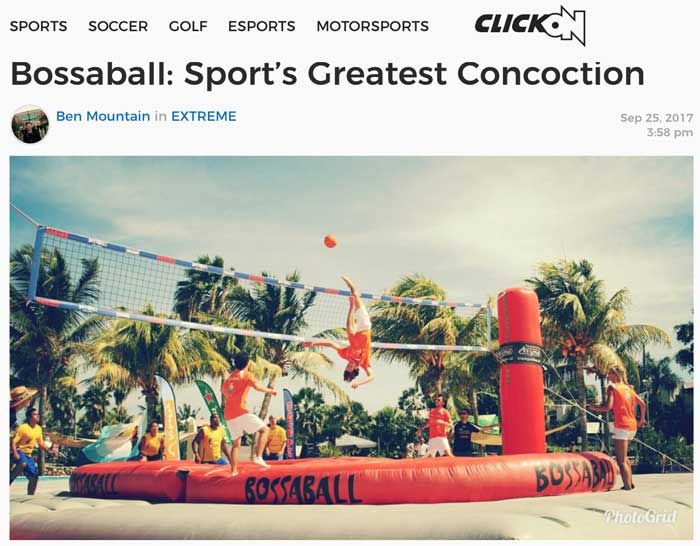