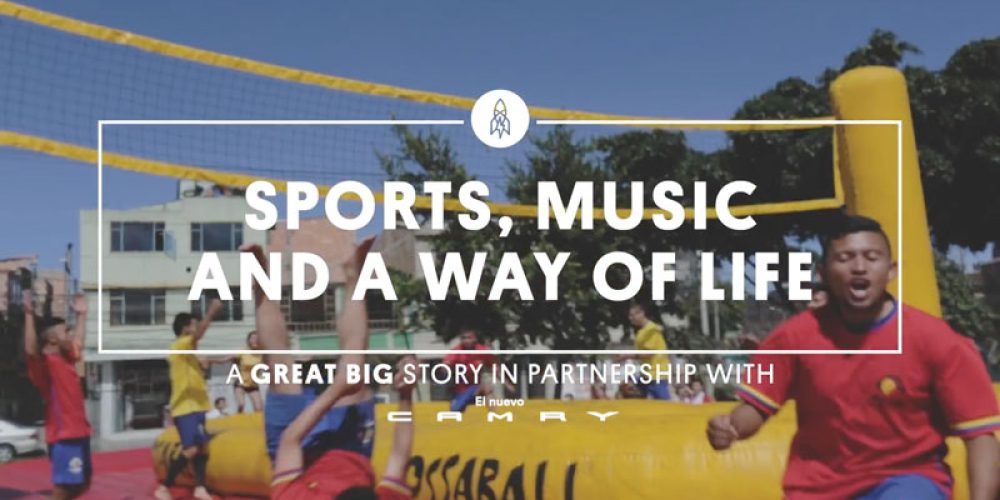 CNN identifies itself as – and is widely known to be – the most trusted source for news and is among the world’s leaders in information delivery. Along other global media platforms BBC and Red Bull Media House, CNN has featured the new thrilling sport Bossaball across its diverse channels.

“Great Big Story” is CNN’s own viral video network. It aims to create video that is appealing to millennials,  shareable on social networks, and appropriate for native advertising. On August 12th 2016, Bossaball was featured on Great Big Story, being presented as “An Obscure Sport with a Samba Twist”. Besides generally featuring the sport, the documentary shows Bossaball’s impact on a community in Bogotá, Colombia. There, the new school sport is part of the government-funded program “Jornada Completa” for at-risk youth.

Great Big Story highlighted that “Bossaball definitely knows how to party, and although the sport is relatively new, it is taking off in countries like Brazil, Singapore, Spain and the Netherlands. In Colombia, it’s even helping kids stay off the streets and away from violence.” 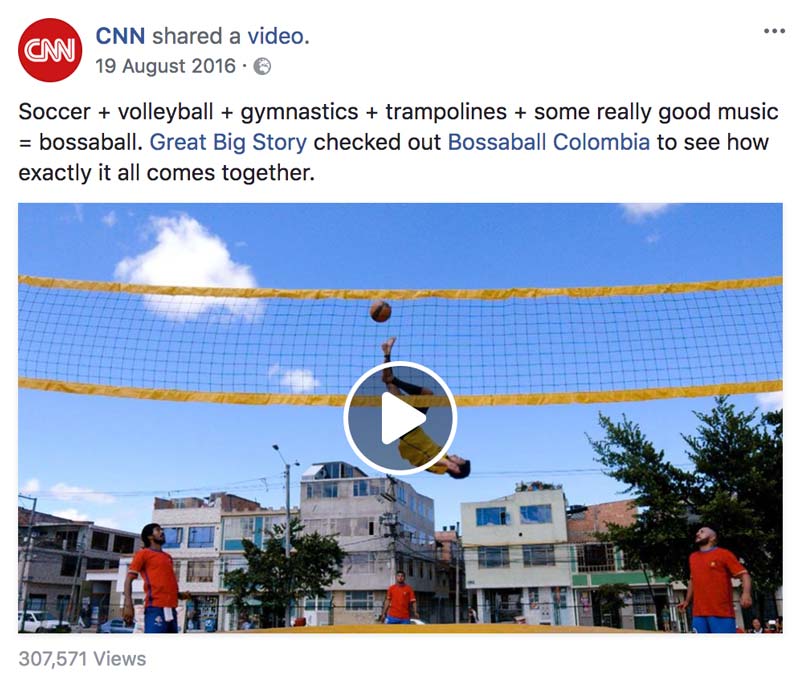 CNN later on published the video on its Facebook page, sharing our story with its 30 million followers.

Along these lines, Great Big Story integrated the short documentary in two compilations about the world’s most out-there and unbelievable sports:

Bossaball featured in “Thrilling, daring things you can do on vacation”

The new thrilling sport, heralded by international media as one of the top emerging sporting activities, was integrated into two CNN online articles dedicated to the most thrilling sports. CNN Travel added Bossaball to “50 ways to be a daredevil“, while CNN Singapore put Bossaball on the top spot in “10 sports for thrill seekers in Singapore“. 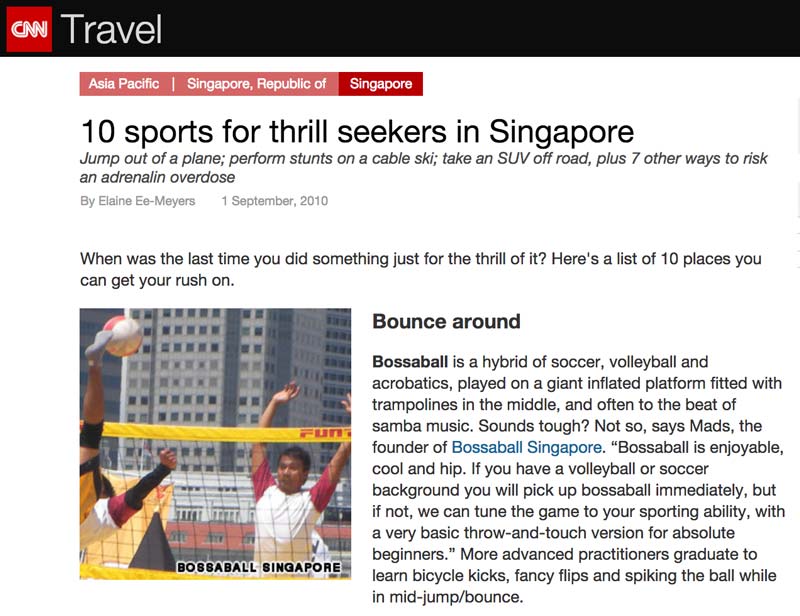