CenterParcs is a chain of holiday parks in the Netherlands, France, Belgium, England and Germany. Both in 2011 and in 2014 CenterParcs collaborated with bossaball to offer this sport to its customers.

In 2011, in the CenterParcs De Limburgse Peel in the Netherlands, an international tournament that included the Netherlands, Belgium, Spain and Slovenia, was set up. The first day players showed their skills on the court and during workshops the park visitors were given an idea about how bossaball is played. The second day two tournaments took place – one between the participating nations and one between the guests.

In six CenterParcs in Holland and Belgium bossaball clinics held throughout Summer 2014. The clinics were conducted before and after the matches of the World Cup 2014 in Brazil. Through this initiative the holiday parks enriched the customer experience, combining a sporting event with a physical workout. 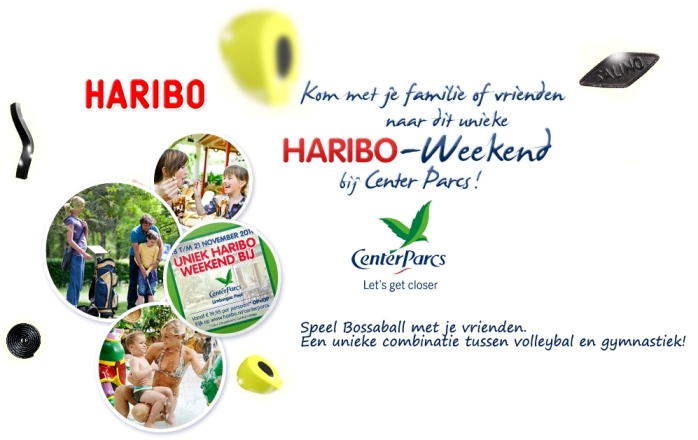 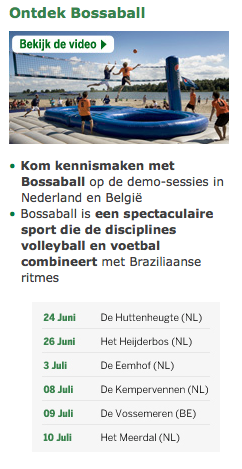