For 5 weeks during the summer period of 2015, Bossaball was one of the sports proposals on the Argentine Atlantic coast. At the same time that thousands of people were enjoying their vacations on the beautiful beaches of Buenos Aires, the team of Bossaball Argentina installed the Bossaball court in different locations in the Province of Buenos Aires: Mar del Plata, Mar Chiquita, Villa Gesell, Pinamar, San Bernardo.

After this succesful 5 weeks bossaball returned several times towards The Atlantic Coast with proyects carried out by brands such as Rexona, Supervielle and TNT Sports .

These promotional activities were not only intended to showcase our sport, but also to encourage the participation of the public, who had the opportunity to experience through Bossaball the pleasure of movement and physical activity. 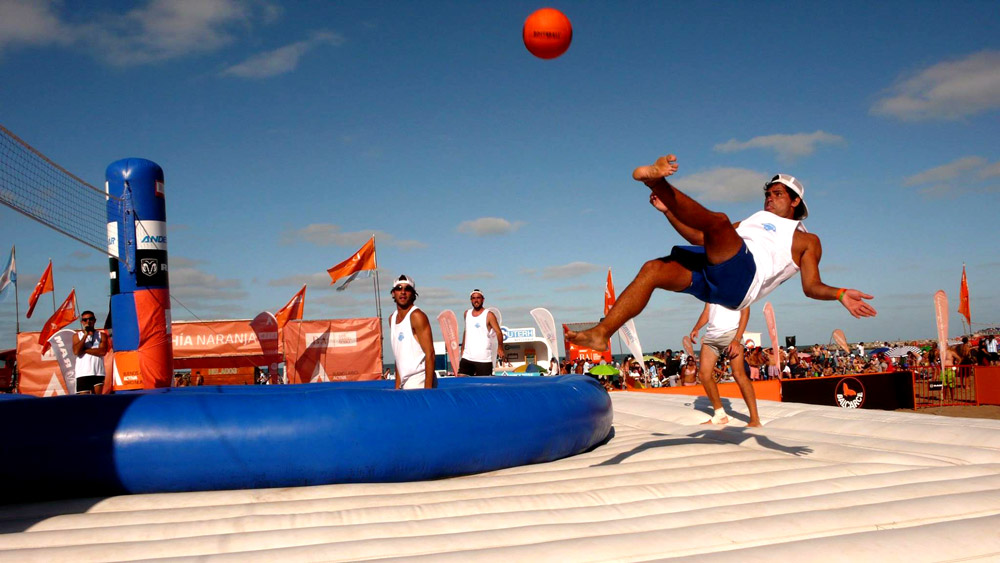 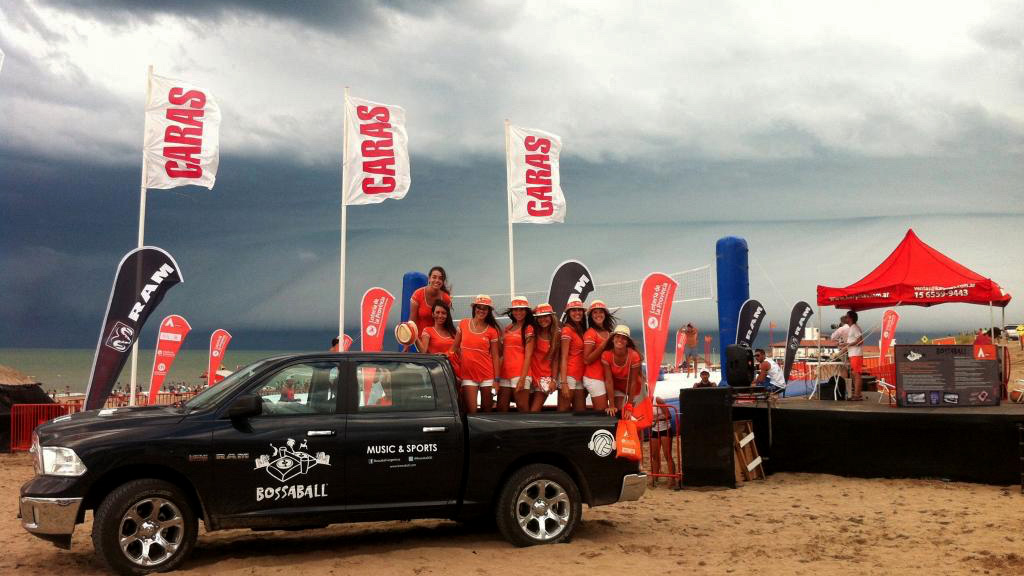 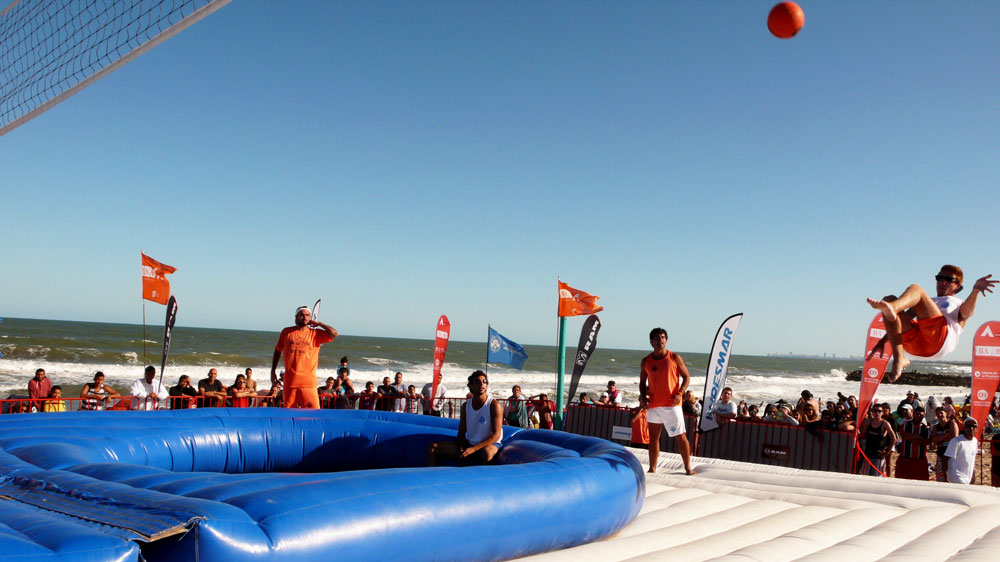 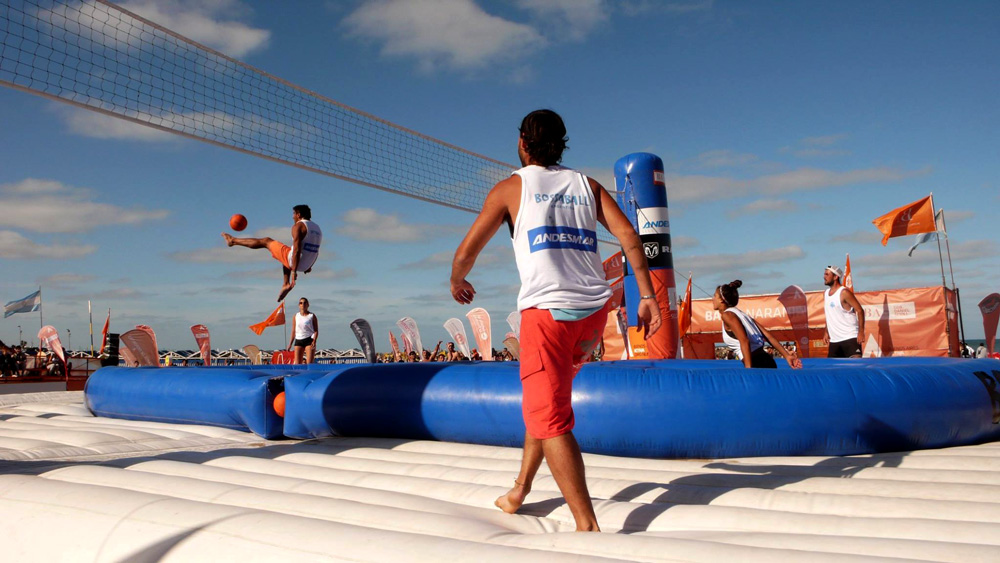 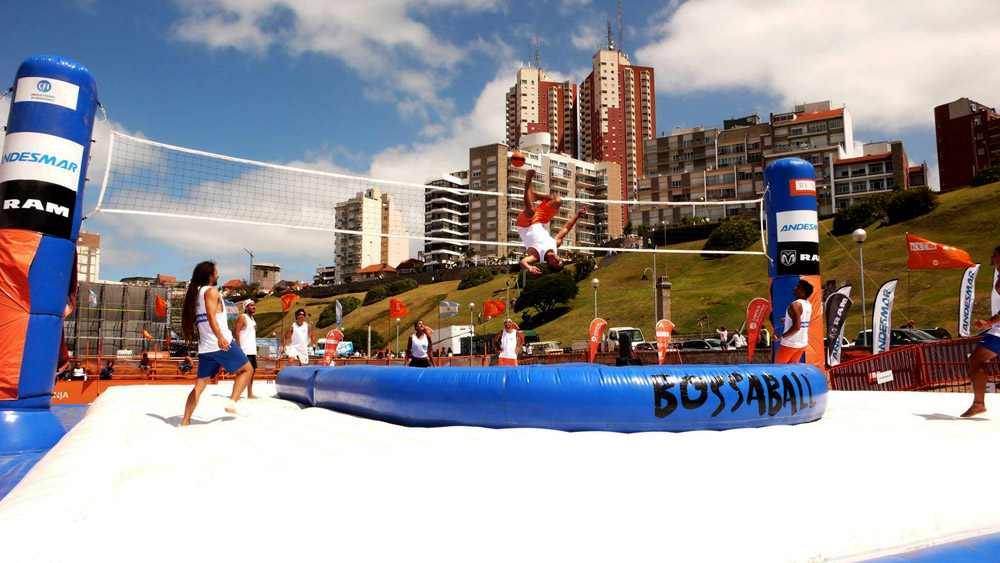 The project carried out by the Ministry of Tourism of Buenos Aires got massive attention by the media, what resulted in appearances on both local and national television programs and benefited everyone concerned by the project. Here under you can have a view at several reports that were shot during this bossaball summer tour.

ANDESMAR, national travel agency, and RAM, worldwide producer of pick-up trucks, joined the Ministry of Tourism of Buenos Aires and were appointed as official sponsors of the Bossaball tour along the coastline of Argentina. 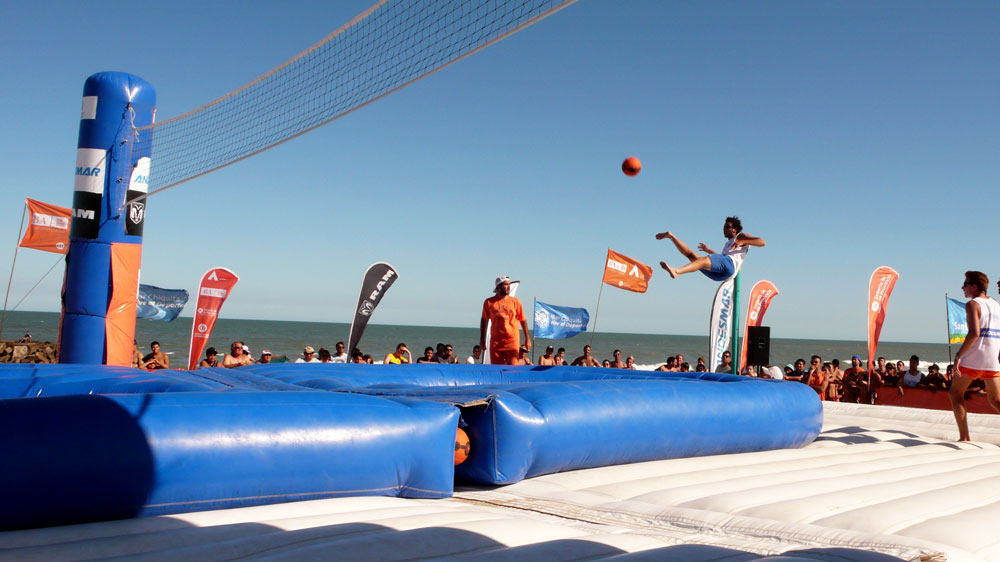 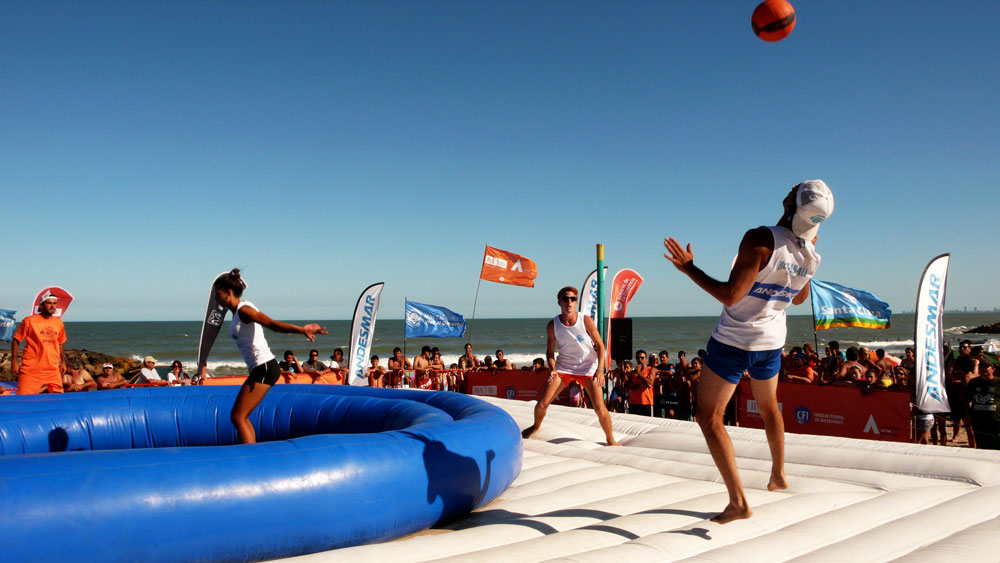 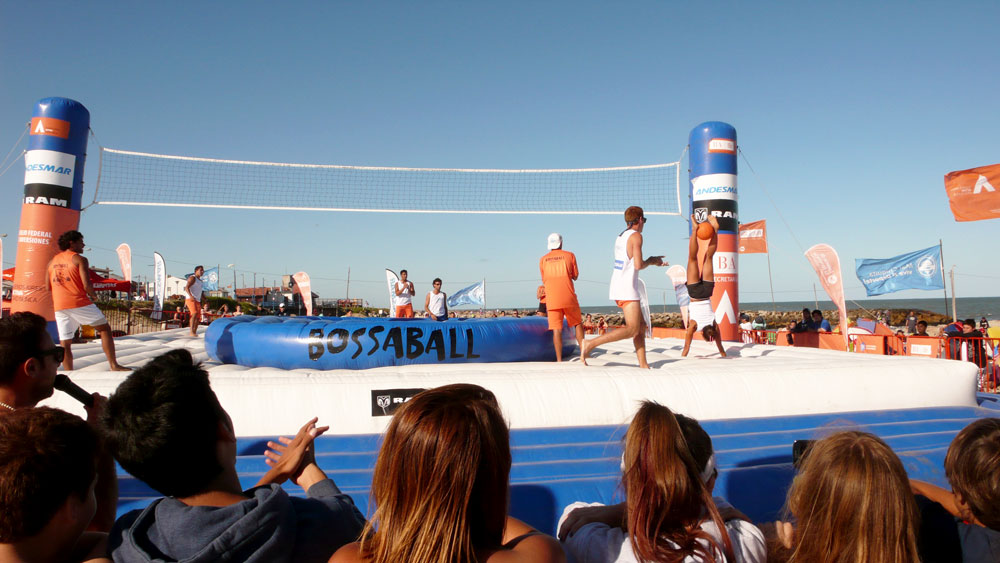 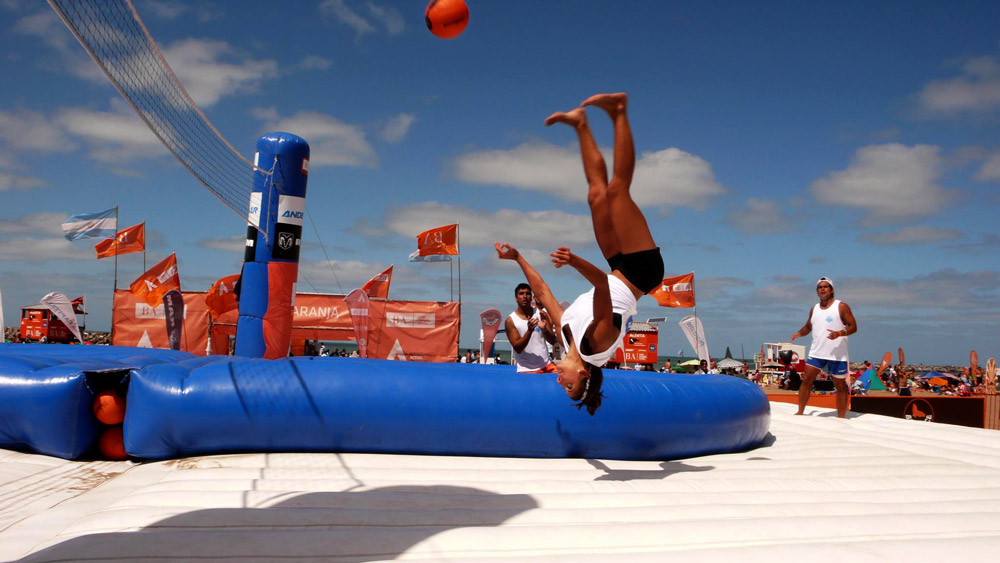 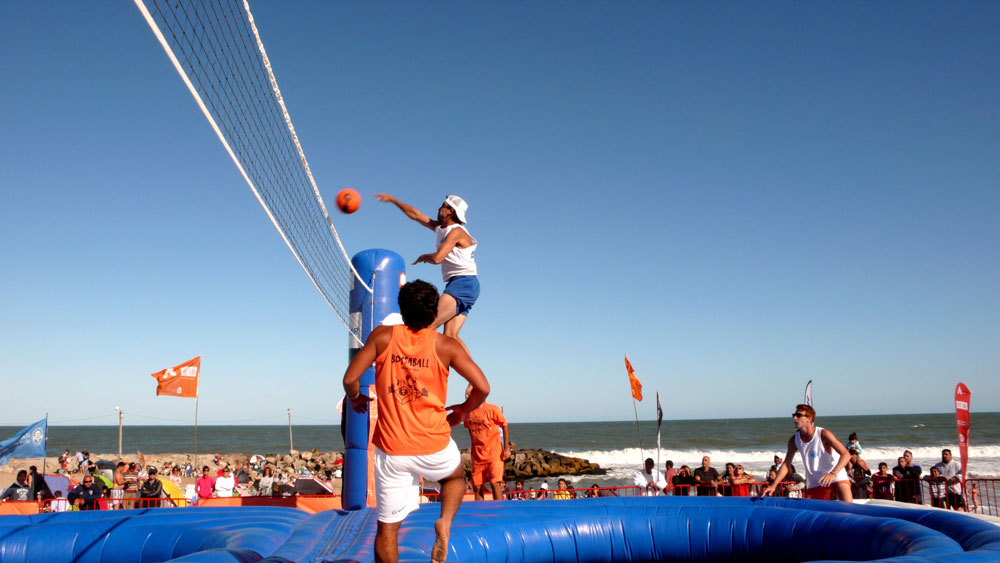