Bossaball is in at Buenos Aires Playa 2014

Buenos Aires Playa is an artificial beach situated at the Parque de los Niños. Since 2009 the city beach has been visited by more than 1,250,000 people.

In 2014 the beach was set up for the fifth time and in this edition Bossaball was on board as well. A great place to practice, noticed Filip Eyckmans over the last six weeks.

“We’ve inaugurated the beach on January 10th with Buenos Aires’ mayor Macri coming along to play a game. We’ll stay there at least until the beginning of March, but soon we will evaluate with our local partners and members of the city council what to do. We’ve succeeded in our endeavor to attract people’s attention. Hopefully the municipality thinks the same way and is willing to close a new deal with us – extension is possible.” 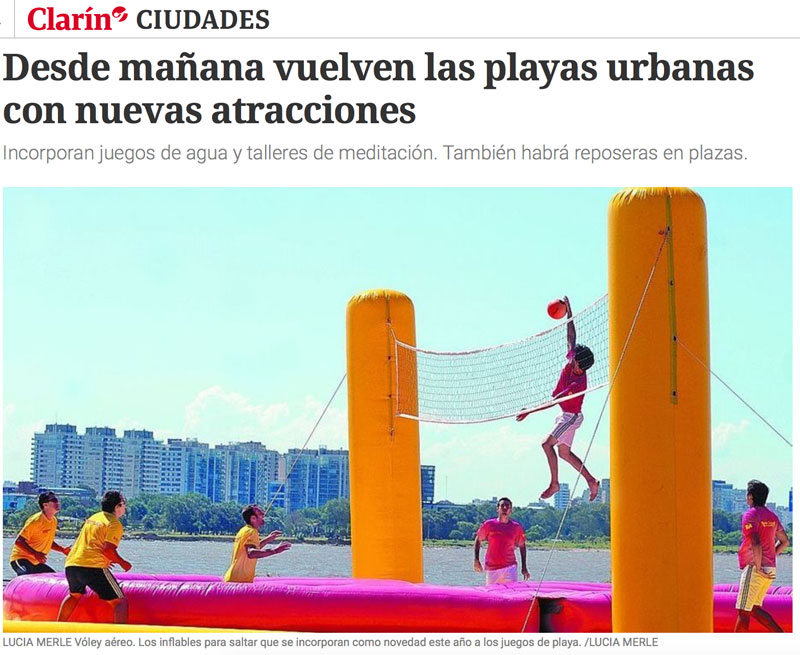