The state secretary of tourism promotion of Acapulco decided to bring Bossaball between the 4th and the 7th of August to the beautiful scenic beach Playa Puerta Hacienda in order to promote local tourism and to consolidate the region as a place of high-level sport!

A selection of international Bossaball players entertained the audience and performed Bossaball shows, covered by various TV channels and news papers. Bossaball Mexico had united the Secretary of Tourism and the radio station “40 principales” for the event. An association that enabled a widespread publicity, which resulted in numerous TV features, news articles and radio programs.

The Bossaball event was the beginning of a series of major sports events to be held in the Pearl of the Pacific in the coming years, such as the FIFA beach soccer and beach volleyball tournaments. 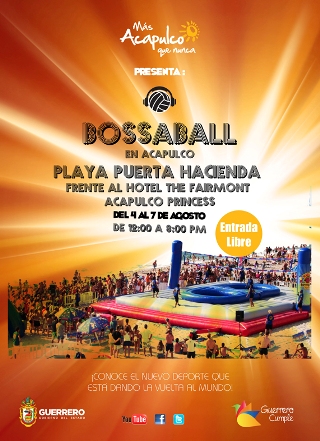 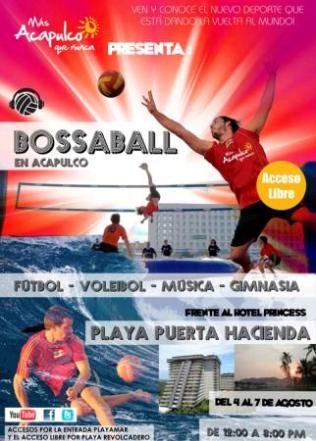 Below some extracts from the written press

“Everybody is always moving,” said Secretary Báez, “not only the participants, but also the spectators.” She added that this event is another in a series of special promotions of Acapulco, which will become Mexico’s headquarters for “bossaball” enthusiasts. The sport has recently been heralded by international media as today’s top emerging sporting activity.