SESC is the Brazilian national institute for “Social Service of Commerce”. In 2010, SESC decided to include Bossaball in its summer activity program “Sesc Verão”, taking place in São Paulo between the 5th and the 17th of January 2010. This was the first project in a long-term collaboration.
The SESC aims primarily at the welfare of its employees and family but is open to the general community. The summer activations of SESC have the objective of sensitizing the community to the importance of the continuity of sports practices and physical activities. 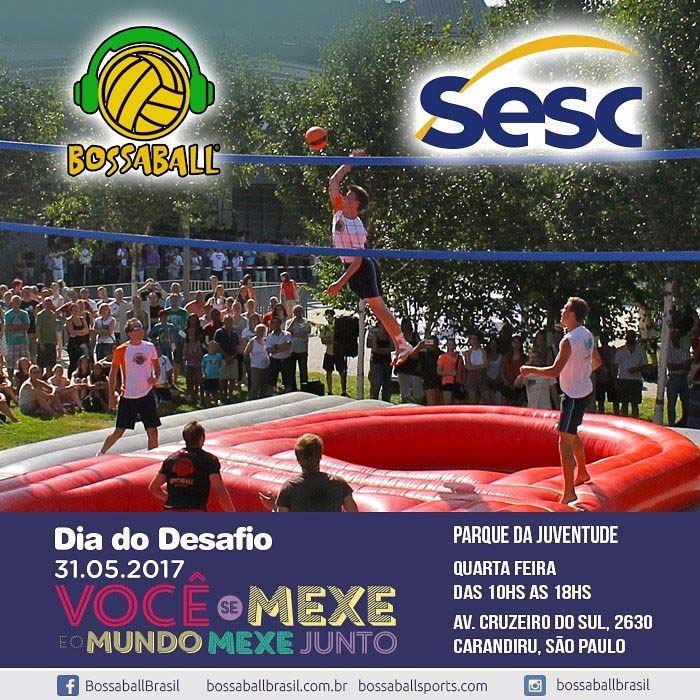 In addition to activities such as courses, workshops, clinics, presentations of athletes and sports festivals, installations, scenographic settings and a thematic campaign are carried out that seek to promote sports culture, as well as motivate people to include sports and activities in daily life, with a focus on well-being and quality of life.
Between 2010 and 2018, new sport Bossaball has been part of SESC Verão and projects were carried out at numerous SESC units, for instance in Rio de Janeiro, Jundiaí, Santana and Thermas. Brazilian national TV Channel O Globo covered the activities and showed Bossaball’s implementation in the social project.
Loading…