Each year, the foundation Deutsche Sporthilfe invites the best German athletes to an all-inclusive, activity-loaded week in the Mediterranean sun, called “Champion of the Year”. In 2016, the sportsmen were invited to a Robinson Club in Motril, a town on the coast of Granada, Spain. Among the invitees were a lot of Olympic Champions from the biggest sports event 2016 in Rio de Janeiro, where bossaball had been an unexpected hit on the Copacabana!

The Champion of the Year has been a sportsman’s election since 2000, where Germany’s top athletes choose their personal number one. The organizer is the Deutsche Sporthilfe foundation, which, with the support of business partners, invites the most successful German athletes of the year to a one-week stay in a Robinson Club, together with their families. The Robinson Club is a German tourism company that holds 26 resorts in 12 countries, where a wide range of entertainment, sports and wellness is being offered to its clients.

From the 26th – 30th of September 2016, the Champion of the Year event took place in Southern Spain. The goal of the Deutsche Sporthilfe and its sponsors, Bundesliga, DKB, Lufthansa, Robinson’s, smart and Zurich, were to offer the best German athletes a week full of activities in a very relaxing and private atmosphere at the Costa del Sol. One of the daily activities that the athletes could choose from, was Bossaball! Two instructors from the Netherlands gave two hours of clinics and athletes such as Patrick Hausding, World and European Champion in diving, and Jonas Reckermann, Olympic beach volleyball champion in 2012, gave it a try on the bossaball court and received and intense introduction to our sport! 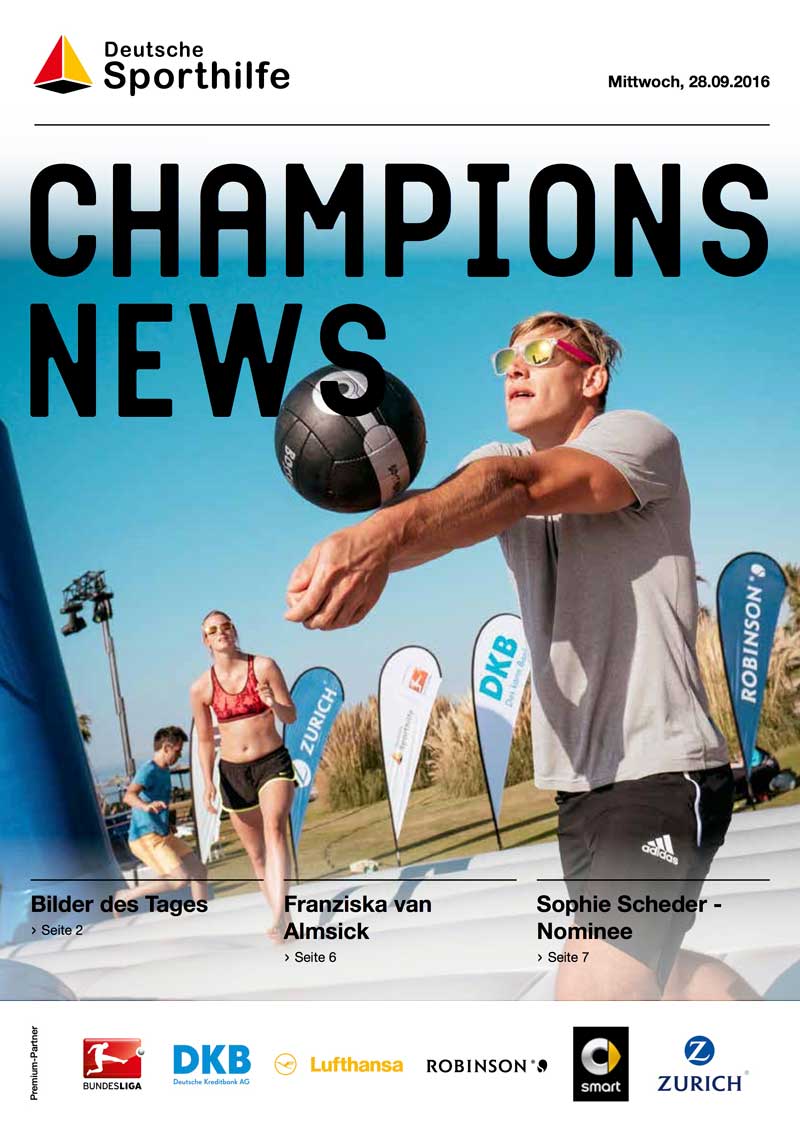 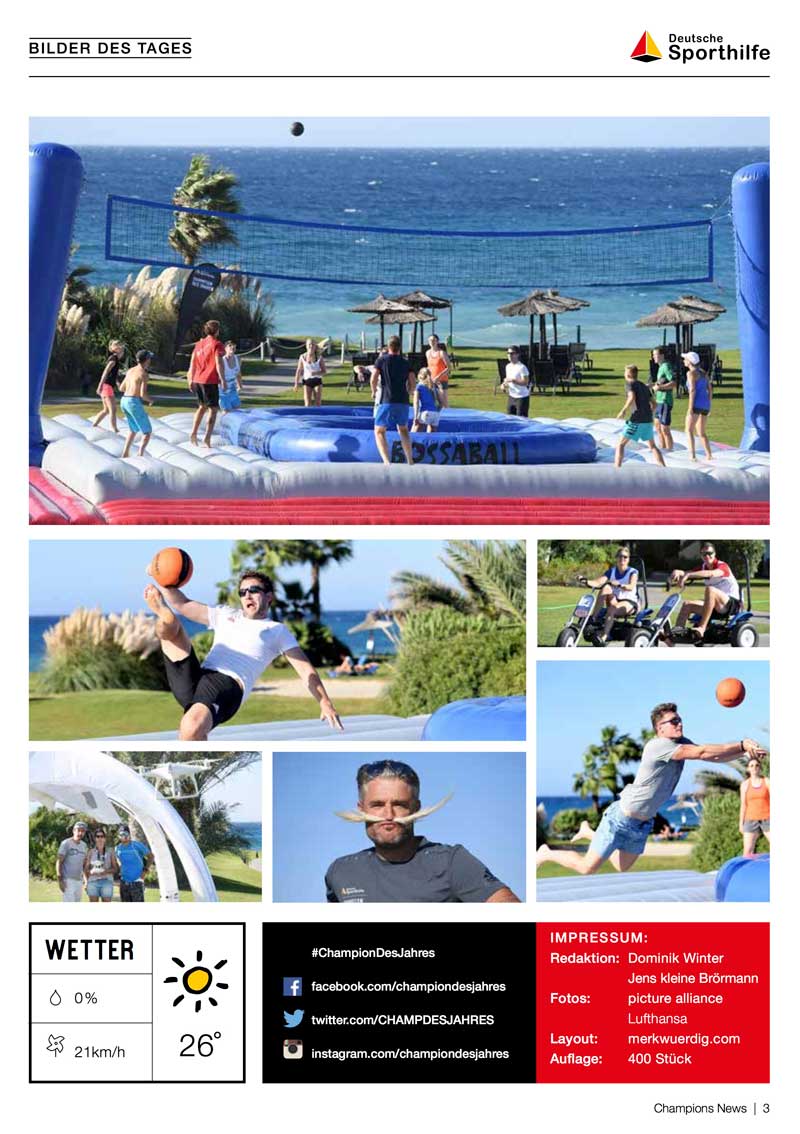 Each year, the best German athlete is voted by the participants and thus becomes the “Champion of the Year”. In 2016, it was the already named Patrick Hausding who took away the title by beating Sophie Scheder (artistic gymnast), Denis Kudla (wrestler), Laura Vargas Koch (Judo) and last year’s champion Sebastian Brendel (sprint canoeist).

The athletes had passed one of their last days of their stay in Spain in Granada. On top of the daily Bossaball clinics, a selection of Bossaball players from Spain, the Netherlands and Belgium performed an exhibition match during a gala dinner, that was set up in the bullring of Granada! A magnificent venue, that added an Andalusian flair to the demonstration.