From the 12th until the 20th of April of 2010, Bossaball was present at the Qatar Marine Festival. An international selection of players demonstrated the Bossaball game daily between 4pm and 11pm at the beach near the Cultural Village in Doha.

Spectators & fans had the opportunity to participate under supervision of the Bossaball demo players. The Qatar Marine Festival Committee announced to be proud to introduce Bossaball to the state of Qatar. We share this pride and are glad that Bossaball has been selected as one of the sport events during this festival in a nation that is quickly growing into a significant international hub for sports and entertainment.

In 2011, the Qatar Marina Festival Committee invited Bossaball for the second consecutive year: “We are proud to say that the Festival Committee was very satisfied with Bossaball’s participation at the 2010 edition of the Qatar Marine Festival and therefore decided to include Bossaball again in the second edition of this prestigious festival, celebrating Qatar’s rich maritime tradition.”

An international selection of 18 players demonstrated the Bossaball game on a daily base at the Village Corporation (KATARA) – Seafront between the 16th and the 26th of March of 2011. The festival clusters (Culture, Education, Environment, Sports and Entertainment) offered visitors an enhanced program with many new exciting events and attractions such as theatrical plays, aquariums, seals shows and many more.

For the second year in a row, a Bossaball tournament was included in the festival’s line-up. Teams from Brazil, Belgium, Slovenia and the Netherlands competed and the Dutch team convincingly won the tournament. A total of 150.000 visitors attended this prestigious festival and various VIPs and local dignitaries made an appearance during the opening ceremony. 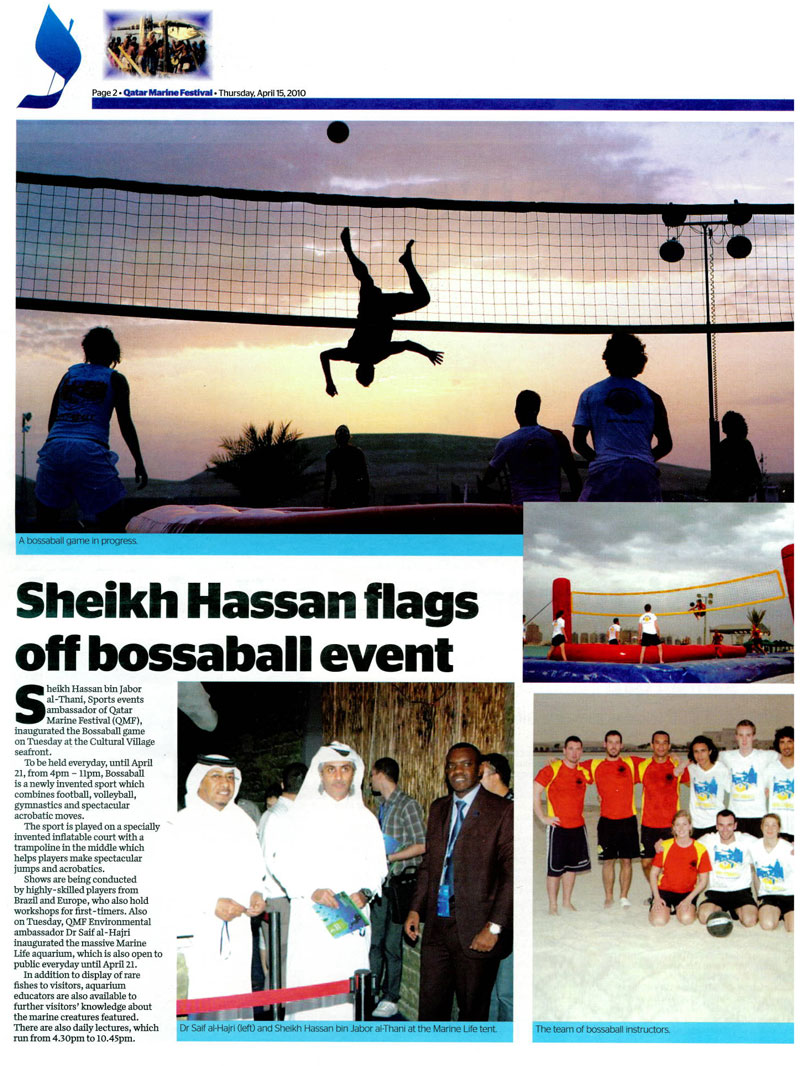 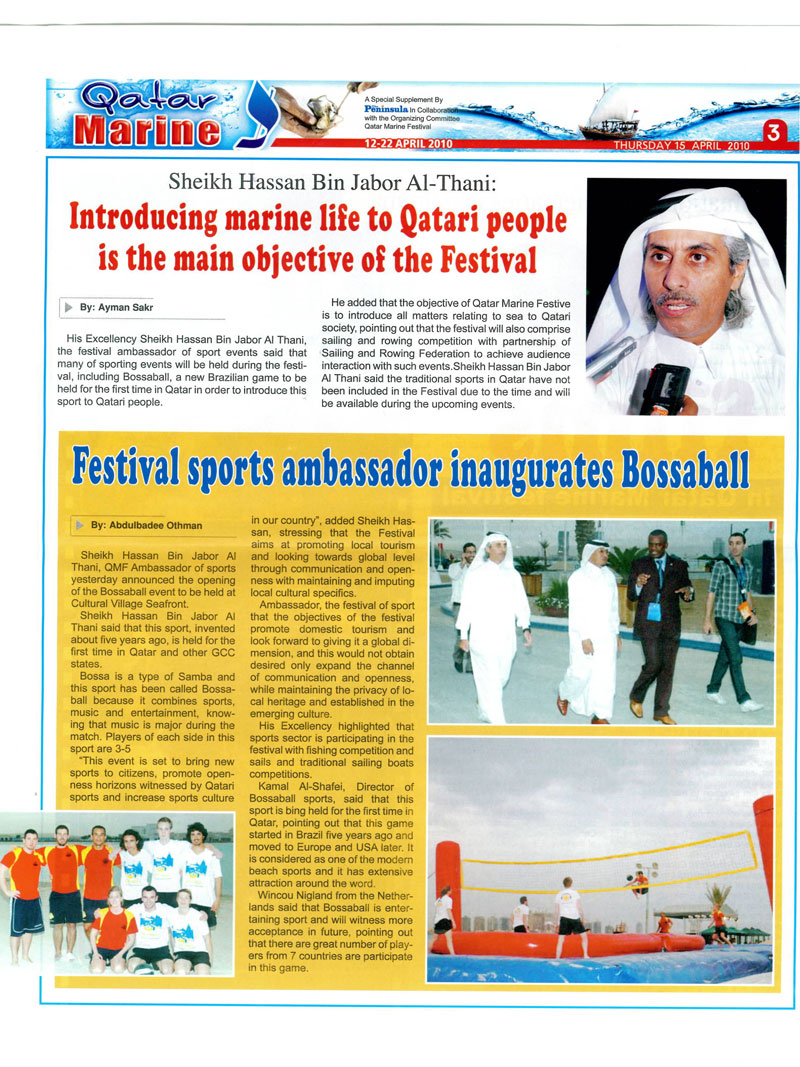 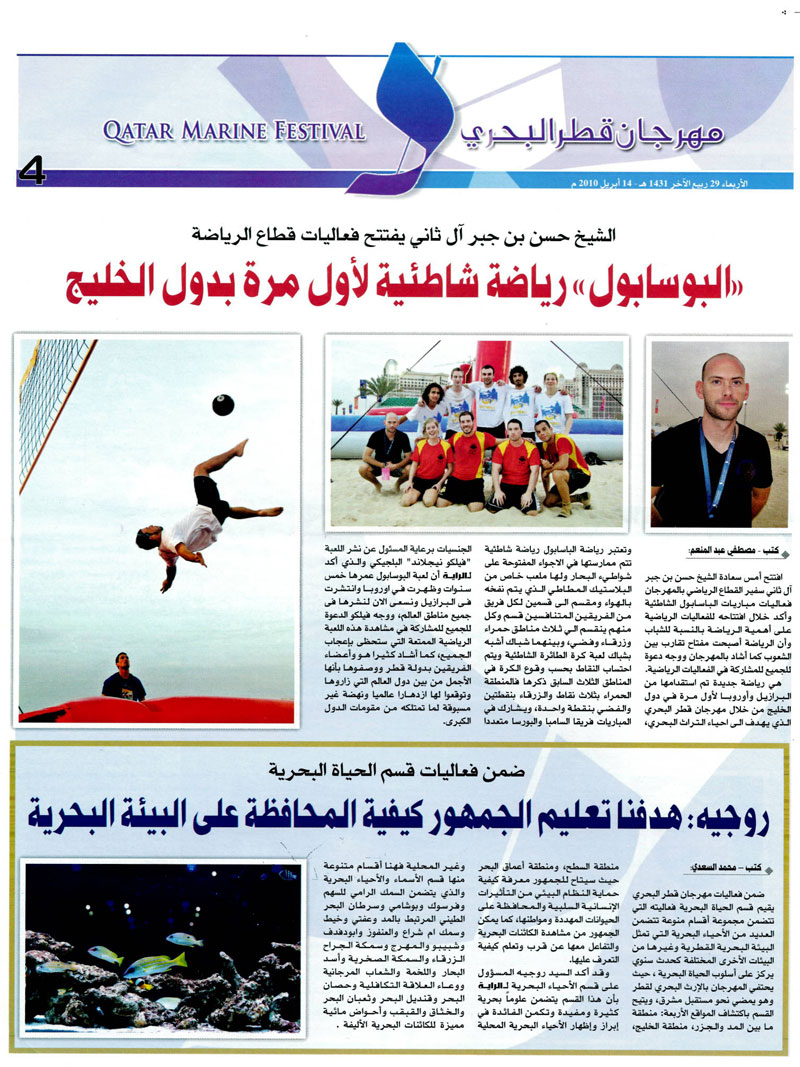 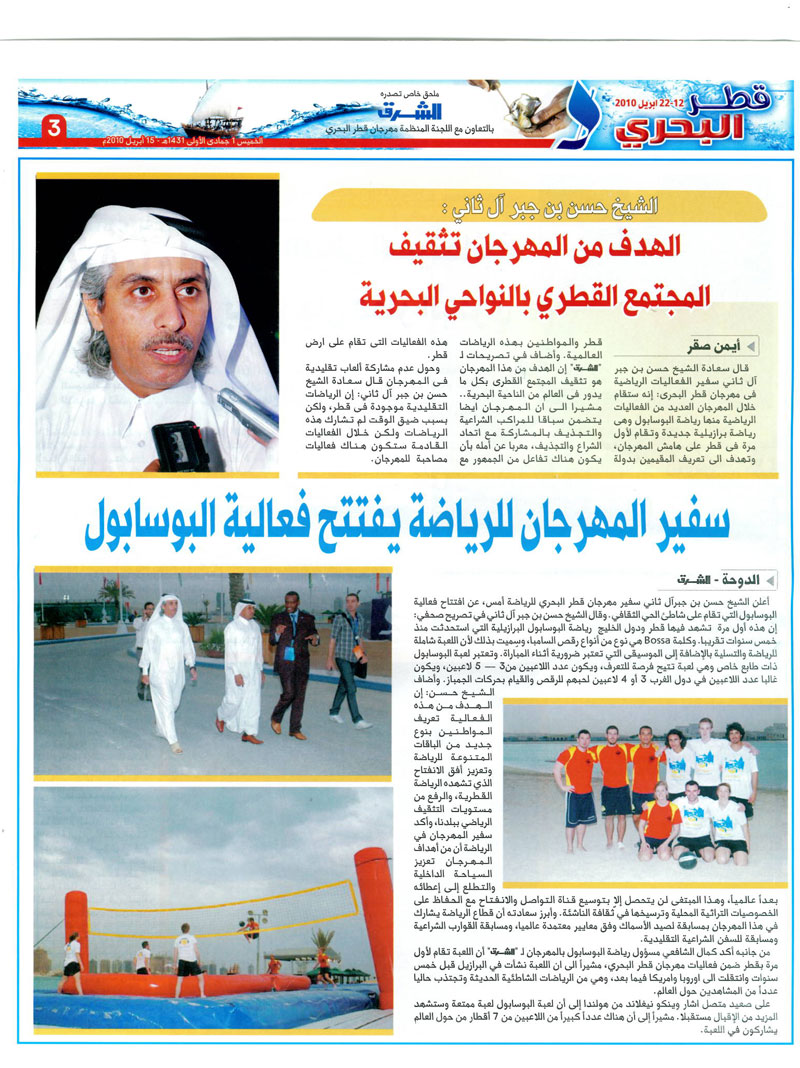 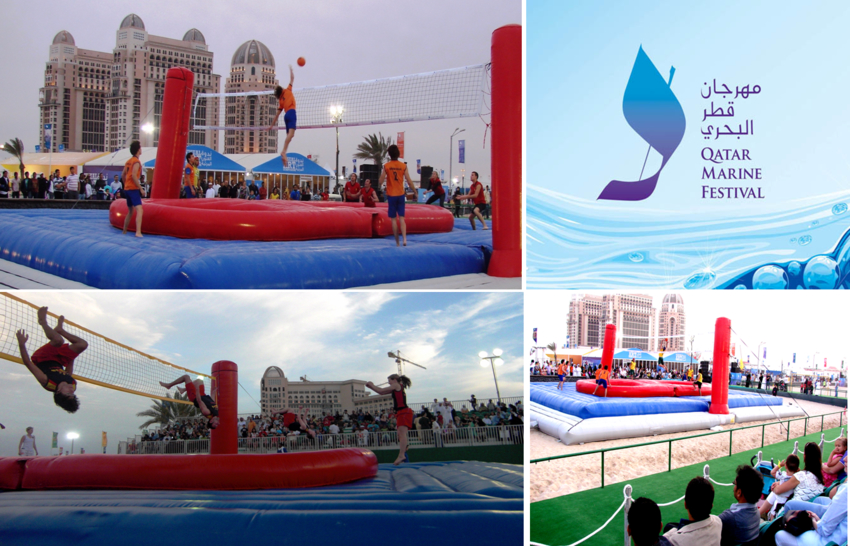