Yes, bossaball wil be present during the FIFA World Cup in Qatar 2022 , adding yet another highlight to our history. We will host a month long event at 974 Beach , close to the 974 stadium which obtained its name due to the fact it is a temporary venue made out of 974 recycled sea containers. Moreover we will be short by the 974 Beach Club, specialy created to animate the World Cup fans with live music, dj´s and more. Is this a great spot for bossaball to show its acrobatic skills? You bet ; Can we kick it ? Yes we can !

We will set up “ The Battle of two continents” with a daily competition between Team Europe versus Team South America , meaning we will witness the best soccer tricks by bossaball players from Holland and Spain against the juggling moves from bossaball boys from Colombia and Argentina. Every day during the month points are added to end up on the day of the FIFA World Cup final with the winning bossaball continent of all times ; Europe or  South America.

As  they say in soccer ; “The english invented soccer ; the brazilians took it to another level “

Frankly, it is great to go back to The Middle East, as bossaball has a large cv in the region.In 2008  an international tournament was live broadcasted on national Kuwait tv at Marine Crescent and sponsored by ZAIN ; over a 1000 fans cheered the national team of Bossaball Brazil to victory. 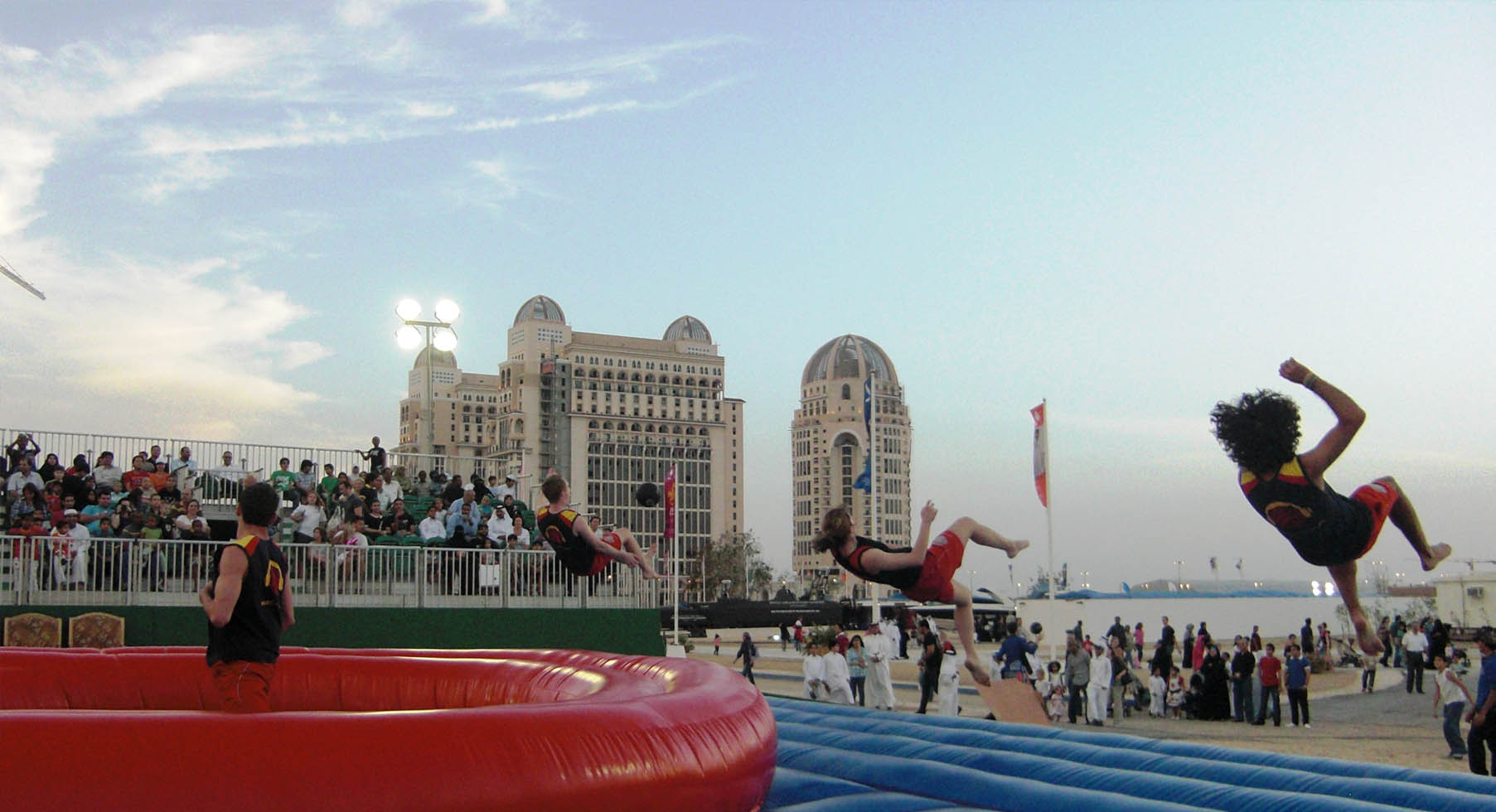 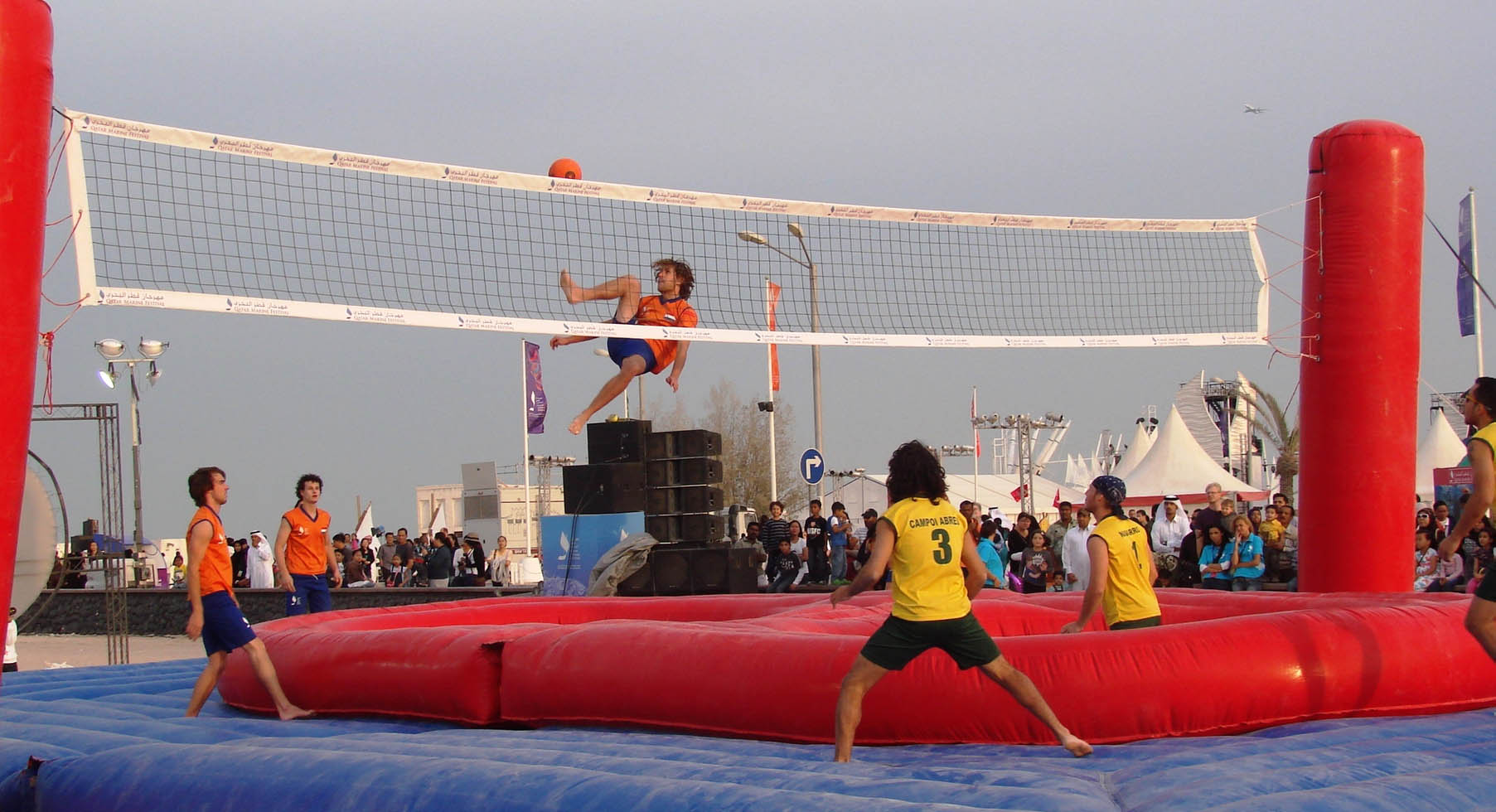 Other highlights worldwide such as The Olympics in Rio, World Cup beach volley in Vienna, Tomorowland Antwerp or the Dakar in Argentina all bring back great memories but frankly we breath  “soccer” in our Bossa DNA. Not only are soccer touches obliged during the build up of each rally, scoring through the soccer touch is rewarded extra points on the inflatable and especialy inside the oponents “trampoline” being an absolute gamechanger within a captivating set . Imagine…your team  is behind with 16-12 in a 21 point set and then suddenly your trampoline player is launched at 4m height in the air and finds this magical bycicle kick spiking it at a tremmendous speed towards the traopoline of the opposite team…This is our famous 5 pointer meaning your team goes with one kick from a 12-16 loss towards a 17-16 win. All competitive bossaball players around the world know how this feels in both ways ; to make and win a 5 pointer or to grab extremely frustrated the ball out of the trampoline after receiving one…sorry Mr Basketball, your 3 pointer does not even comes close…

Bossaball got its main inspiration during trips to Brazil observing footvolley and capoeira but also watching plenty of live soccer games in the eighties was undoubtly a huge influence of the creating process.

In Belgium , Anderlecht had this great competitive team in the 80 ties and that´s were we were lucky to see some of the greatest players of all times live as a teenager. Fascinated by the dribbles of Maradona playing for FC Barcelona, the rising figure of O´Dotor Socrates who elegantly wandered in Fiorentina´s midfield, the Balkan “jogo bonito” style of Hagi of Steaua Bucharest….it´s was all such a pleasue for the eye… and the soul, leaving unforgetable memories on one´s hard disk…

And now this Qatar 2022 World Cup might bring back these times of inspiration because it is going to be Messí´s last opportunity to become World Cup Winner and by doing so, finaly getting at Diego´s unreachable stage. 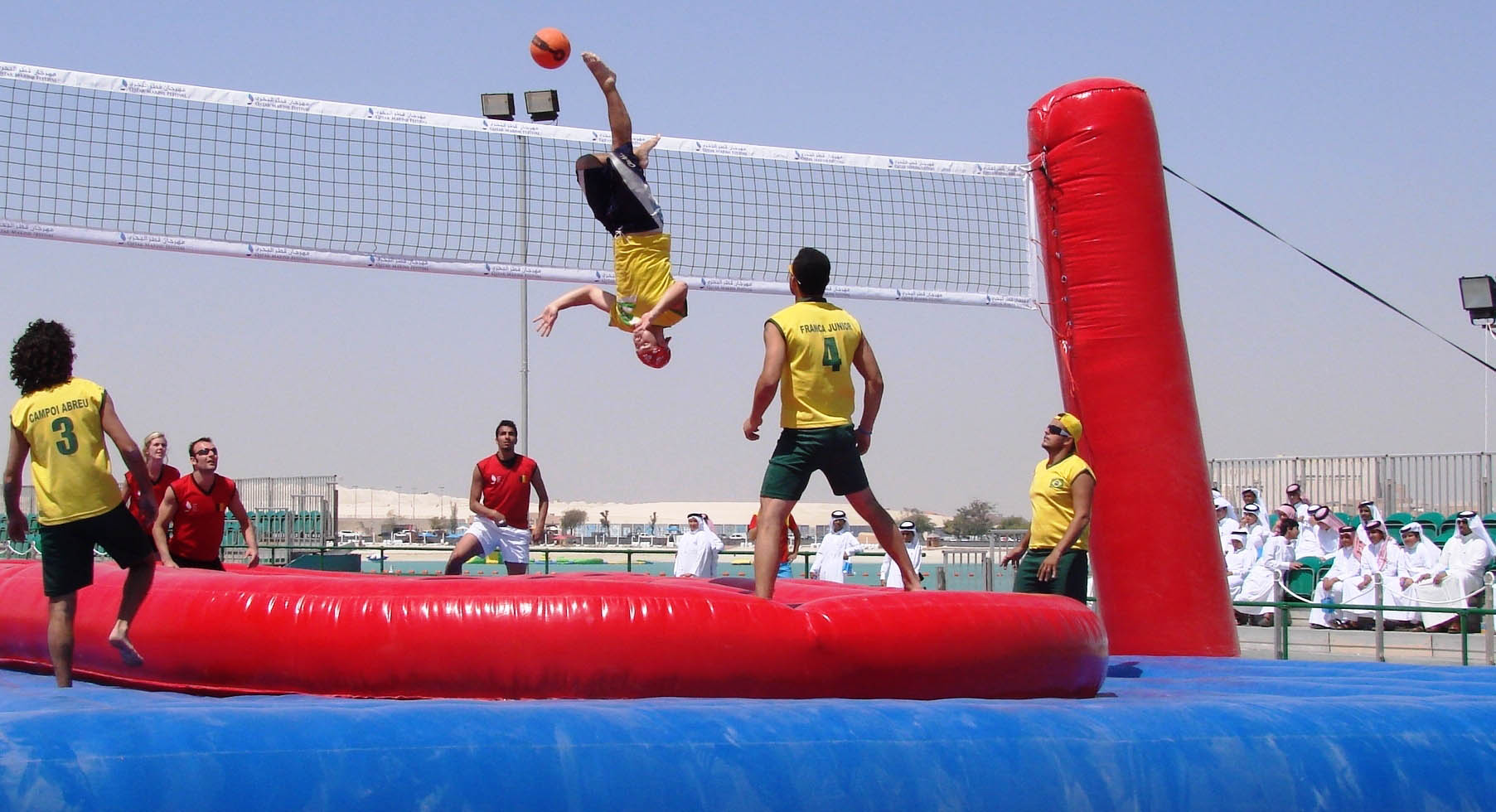 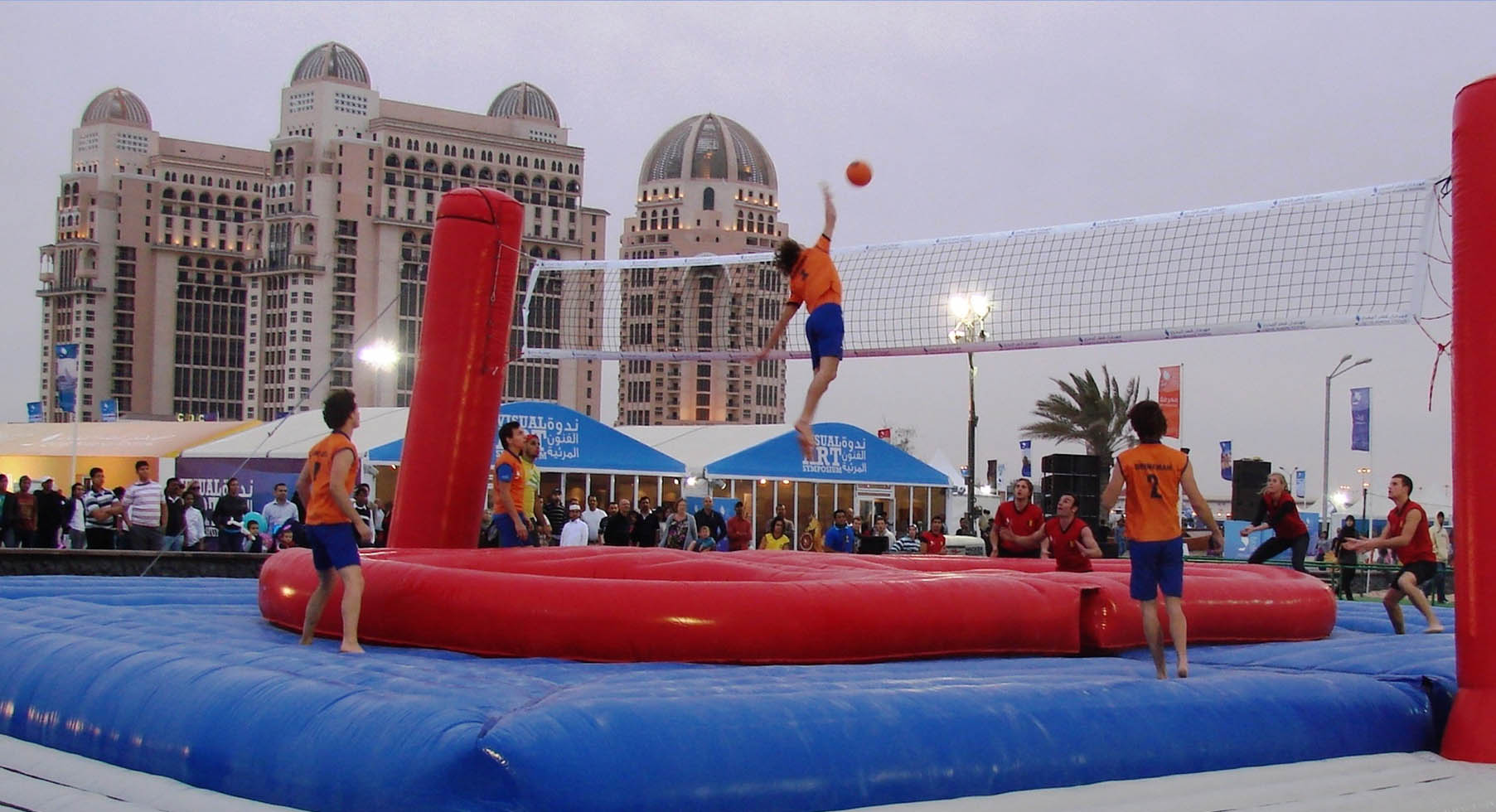 But also Belgium of which they say have such a great team since a decade, never got to raise the golden cup even after being such a long time at FIFA´s number 1 spot. Is Kevin De Bryune able to drive for the last time Lukaku, Hazard to the highest level…?

And what about Qatar or Canada ? Can they surprise or is Luis Van Gaal for most probably his last important tournament going to surprise…? Who knows ; our job is to entertain and convince the world of soccer fans and prove bossaball disurves its spot in the world of sports and leisure …final analise ? Christmas 2022 ; let´s see