Bossaball, a spectacular and new sport at the 2022 Summer Festival!

‘The Girl from Ipanema’ -the legendary bossa nova song by Jobin and Moraes- was born on the Brazilian beaches of Rio de Janeiro in 1962. Almost 40 years later, walking on those white sands, former Belgian tennis player Filip Eyckmans also had an inspiration and created bossaball: a sport that combines volleyball, soccer, gymnastics and music.

This colorful sports discipline became one of the main attractions of the 2022 Summer Festival, with an exhibition between the Colombian and Bogotá teams, organized by the District Recreation and Sports Institute, which captivated hundreds, thousands of attendees at the park El Tunal, south of the city. 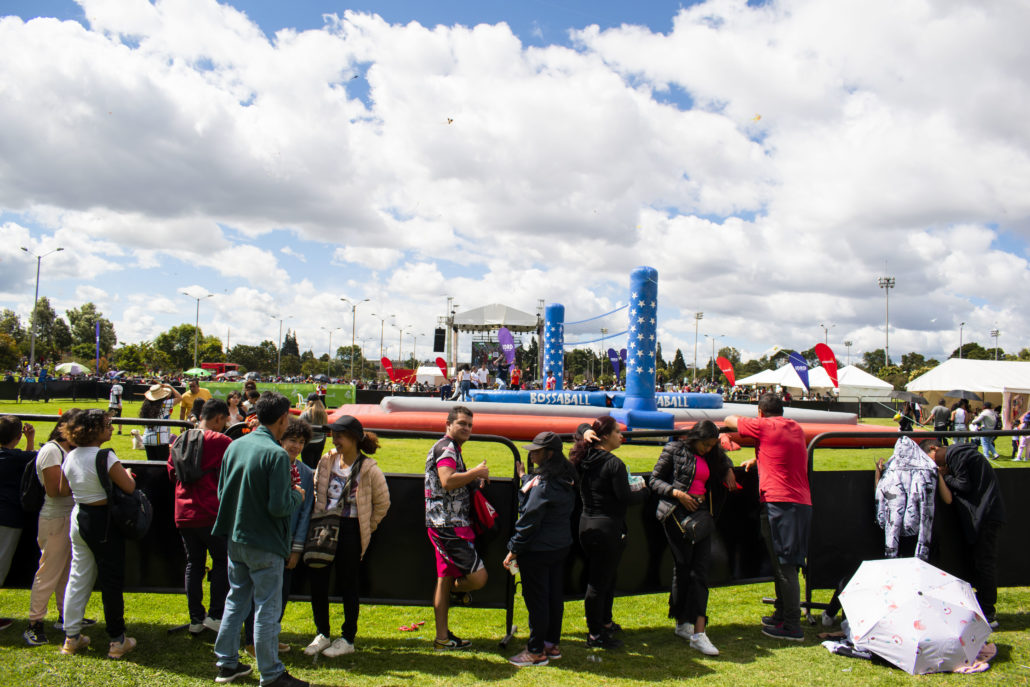 Between July 30th and August 7th 2016, Bogota had one of the most entertaining weeks of the year. The city dressed up for the traditional summer festival, the “Festival de Verano”. Day by day, different activities were offered to Bogota and its citizens enjoyed and got to know the charms of the capital.

The festival is characterized by music, sports, outdoor recreation and cultural events with live concerts, theaters, special events for children and family audiences, international sports tournaments and more than 200 first class recreational activities – all of them at no costs to the spectators and participants. They were able to live the 20th edition of the summer festival, organized by the IDRD (Instituto Distrital de Recreación y Deporte) – (District Institute of Recreation and Sports). Our Bossaball partners from Colombia are collaborating with the IDRD since 2015, when our discipline became an official school sport in Bogota. During the 2016 edition, the first Bossaball tournament on Colombian soil took place.

Since its first version, held in June 1997, the festival has consolidated itself as the most important leisure event in the city and the icon event for the people of Bogota. The idea came by the need to have a great recreational party that created identity and increased the sense of belonging for the citizens. The IDRD led the idea to revive the famous student parties of the 60s and created the first summer festival. With the slogan ‘100 events in 10 days’, the festival was held from the 6th to the 15th of June 1997. Its backbone were concerts and sports, all carried out in the different venues of the metropolitan park Simon Bolivar. The IDRD gathered different sports, recreational activities, great shows and concerts during ten intense days. 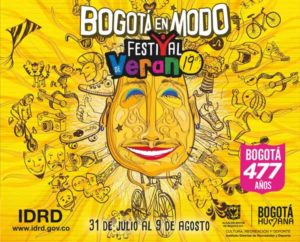 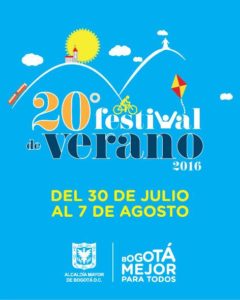 During years, sports activities, concerts and other activities were changed and added to the festival. Later on, the festival moved its date to the month of August and it was united with the celebration of the birthday of Bogota. The opening and closing concerts were strengthened and consolidated as a representative event of Bogota due to the massive and enthusiastic attendance. Since then, the Summer Festival is an essential part of the life of the city. In addition, more than 200 activities were part of the program in order to improve the coverage and quantity of the planned shows. The Festival is nowadays the ‘fiesta bogotana’ par excellence, which expresses universality, the culture of the citizens, respect for diversity, zero alcohol and healthy coexistence.

The Simon Bolivar Park, the coliseum and the El Salitre sports center welcomed thousands of people from Bogota who came to enjoy the different activities. “Children, young people, adults, old people and people with disabilities are invited to enjoy the best of this festival,” said Orlando Molano, the director of the IDRD. The importance that this event has for the city is indisputable. The simultaneous programming of more than 100 recreational events, sports and high-quality physical activity, make it unbeatable and attractive to the inhabitants of Bogota and visiting tourists. Over years, this resulted in generating an average attendance of more than three million users, which positions this event as the most popular in the city. 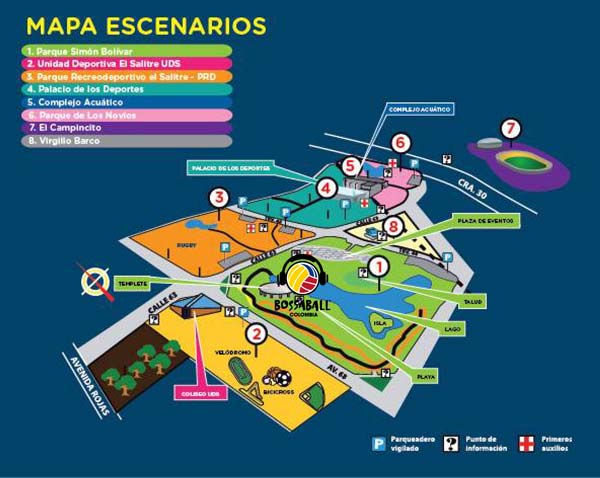 Bossaball set the pace for all visitors at the Simon Bolivar Park. Thanks to the significant progress made by Bossaball in Colombia, the country’s elite team was invited to Brazil, where an international tournament was held from 10th to 14th of August, right on the Copacabana, Rio de Janeiro. Before Rio, our sport and the Colombian team were part of the Summer Festival. Bossaball fans enjoyed the spectacle that these players offered during the exhibition tournament, where two Bossaball courts were set up.

One court belonged to the students of the Complementary School Time (TEC) program, whom, during the year, were part of the Bossaball classes. There were games and different competitive activities through which attendees were able to interact and learn more about the sport. On the second court, the first Bossaball tournament in Colombia was held. Four teams fought for the trophy of this tournament. The blue team, led by Diego Felipe Vacca (setter and reception), Julián Dorado (soccer), Angie González (reception) and Daniel Bermúdez (trampoline), took away the title. 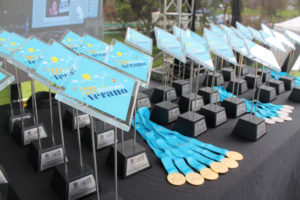 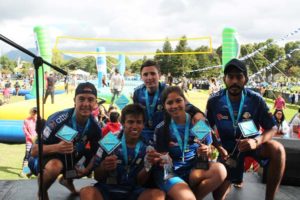 The sponsorship by the Tryp Bogota Embassy Hotel made the tournament possible. An event that turned out to be a boost for the sport and its fans, since the community in Bogota was very happy to meet the players of the Colombian team. “We like Bossaball, because it’s one of the best ways to live the city and this, in particular, gives it an innovative dynamic,” says Denise Wälti, General Manager of the Tryp Bogota Embassy Hotel.