Our partners Bossaball Colombia are part of the educational project “Jornada Completa”, what is translated as “full-time”, a new program of the IDRD Bogota (District Institute of Recreation and Sport). During the second half of 2015, Bossaball started supporting the “Jornada Completa” by contributing a new academic proposal to the program: physical development through comprehensive education, cultural identification and music. All of this on and around the Bossaball court, the new school sport in Bogota!

In 2015, Bossaball introduced an innovative educational concept, liaising music and sports. In a world premiere, the practical exercise of three sports disciplines were combined with artistic rhythm workshops through a 4-station circuit around the Bossaball court. The project fitted perfectly into the educational project “40×40”, an innovative program of the IDRD of the Colombian capital. The program extended the school day in public schools by offering integral learning that strengthens the youngster’s knowledge and encourages their education through art, sports and citizenship. Six Bossaball courts were installed in strategic locations, some of them in areas of social conflict. 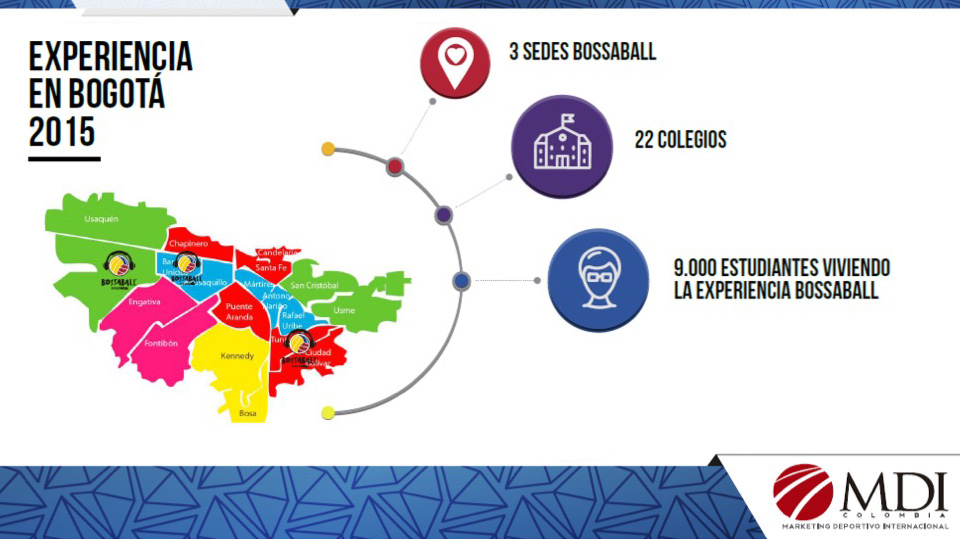 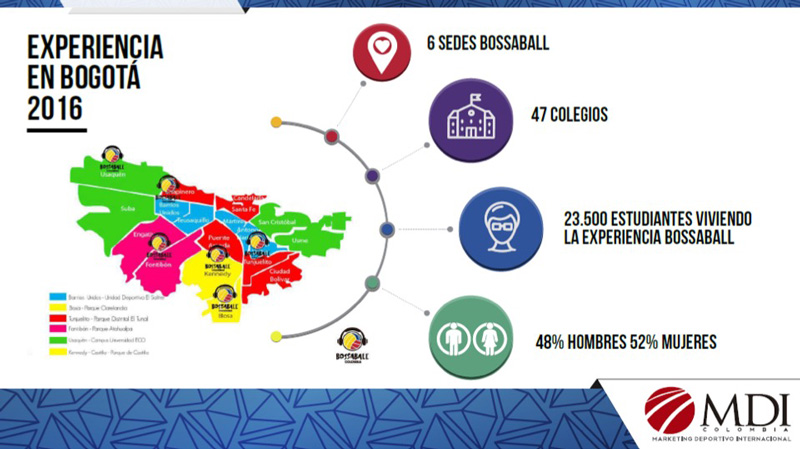 Since 2012, Bogota leads the implementation of the ”Jornada Completa” in the country. The program not only entails the general extension of the school day in public schools (40 hours per week, 40 weeks a year). Between June and November 2015, Bossaball took part in a test phase of the program. About 9,000 students from 22 schools in Bogota attended Bossaball classes. Children from schools belonging to the “Jornada Completa 40 × 40”-plan had the opportunity to experience Bossaball through an innovative approach that involved physical and musical activity in a comprehensive training process. The training sessions combined the practical exercise of volleyball, football, gymnastics and artistic rhythms, taking advantage of the benefits of mixing music and sport in education. 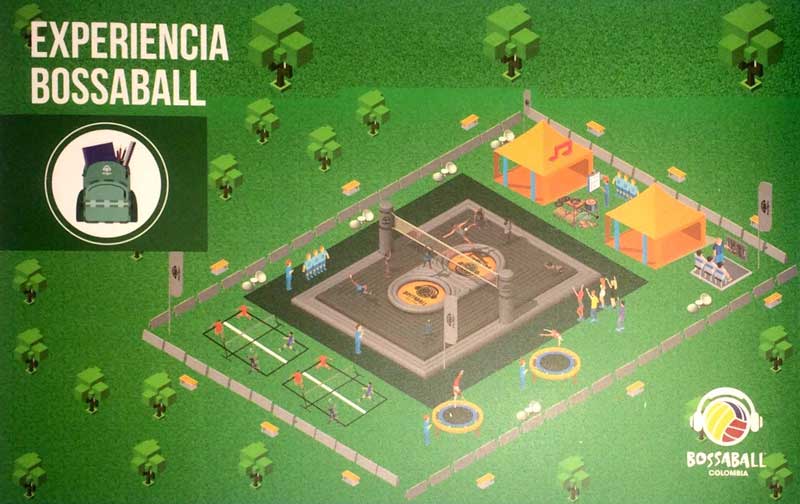 In 2015, Bossaball Colombia introduced an innovative educational concept, liaising music and sports. A world premiere, the project combined the practical exercise of three sports disciplines with musical rhythm workshops through a four-station circuit around the Bossaball court.

In November 2015, Bossaball was declared as a new school sport in Bogota. It made the step from the test phase to being an integral part of the “Jornada Completa”-program. Bossaball Colombia had the opportunity to present our sport at “El Campin”, Colombia’s national football stadium in Bogota. A spectacular presentation, accompanied by live music, was pulled off in front of 25,000 spectators.

This event led to two achievements! First, at an international level, this event was the largest one in the history of Bossaball. More than 25,000 people watched the exhibition of Bossaball Colombia’s national team. Secondly, during the event at the national stadium in Colombia, Bossaball was declared as a new school sport in Bogota. This means the long-term introduction of the sport in the educational panorama of the Colombian capital. 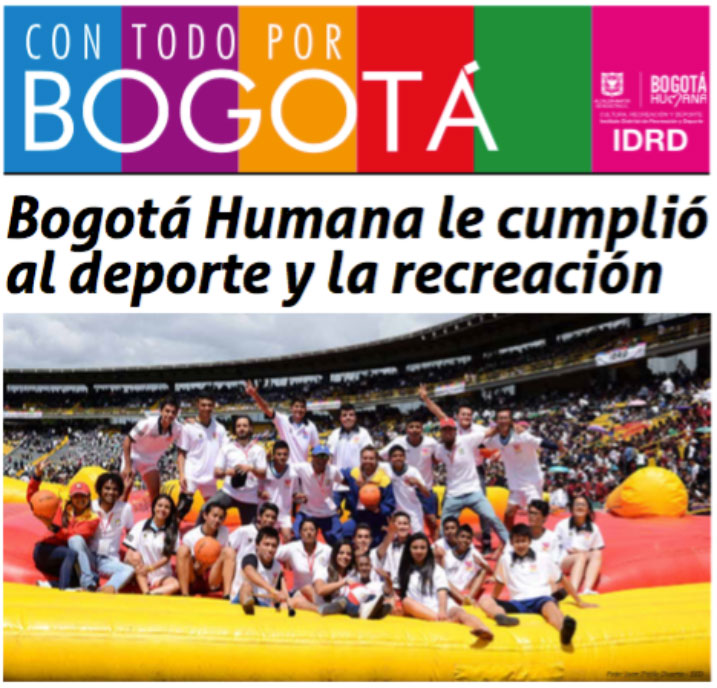 The platform has since its launch in 2015 been able to reach 40 million views with their videos on a monthly base, attracting especially “urban-dwelling, globally-curious 27 year olds who live on their phones.” (Source)

On August 12th 2016, Bossaball was featured on Great Big Story, being presented as “An Obscure Sport with a Samba Twist”! Besides generally featuring the sport, the documentary shows Bossaball’s impact on a community in Bogotá, Colombia. There, the new school sport is part of the government-funded program “Jornada Completa” for at-risk youth. Kids learn and play Bossaball, what helps to keep them off the often crime-ridden city streets.