In 2008, due to its spectacularity and especially the huge skills that confer its practice, the EUM decided to go for this new discipline and incorporate it as a new sporting activity for three months at a very central site on the campus.

Several students became official Bossaball demonstration players for several years and participated in multiple international Bossaball events around the world such as Acapulco, Dubai and many more. Some of them represented the national Spanish Bossaball team at international tournaments such as the Zain Cup in Kuwait where Spain lost the final against Bossaball Brazil. 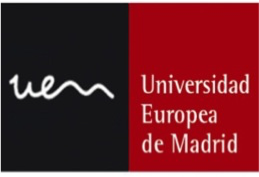