Bossaball first arrived in Uruguay on January 5, 2019. The team of Bossaball Argentina, collaborating for this rum brand activation with Havana Club, unveiled the new sport on the beach of El Barco in La Pedrera in a day full of music, sport and party: the perfect mix for the summer in South America! 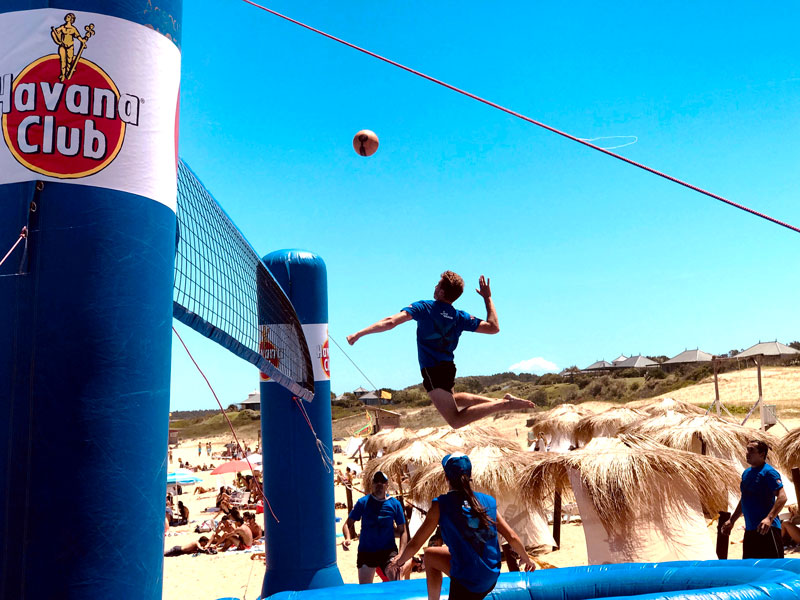 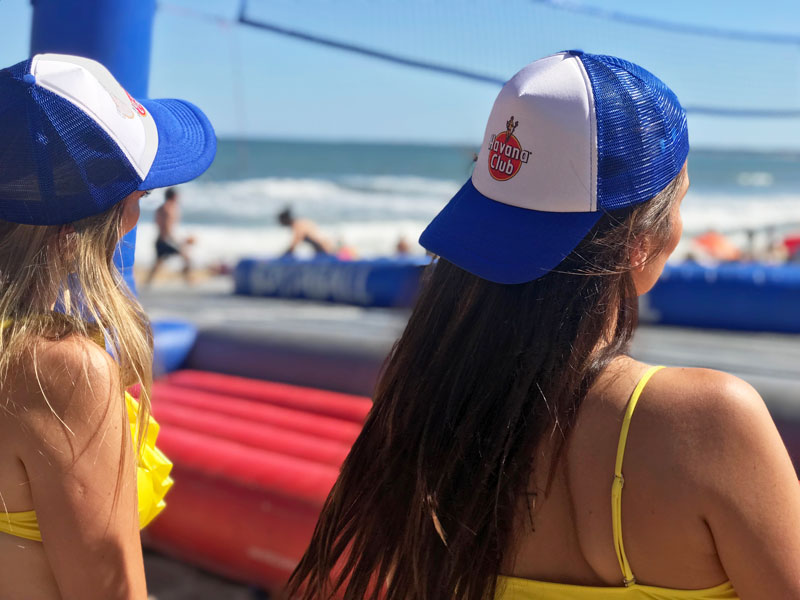 In line with previous brand activations on the Atlantic coast of Argentina, the Bossaball team crossed the border with Uruguay for the first time and launched the activity in the neighboring country.

The event also integrated various entertainment proposals guided by the brand’s ambassadors, who invited the beachgoers to play Bossaball, the new sport that was exhibited for the first time in a rum brand activation with Havana Club. 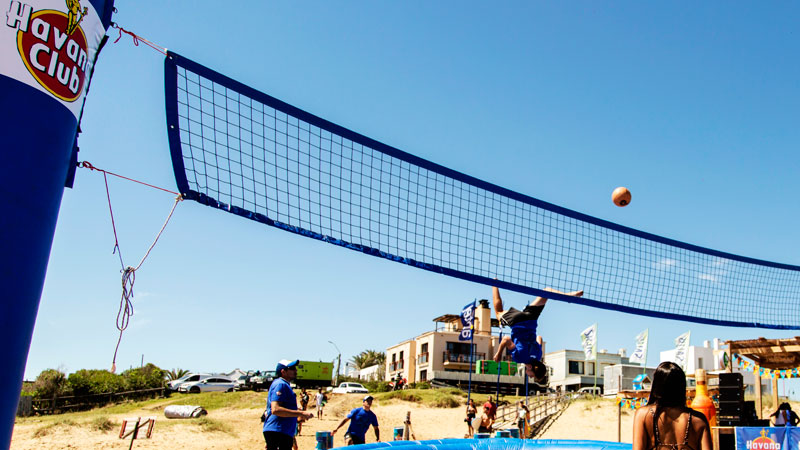 In a unique setting and in tune with the festive spirit, Havana Club transformed the sunset into a true summer party. In the same place where the Bossaball field was installed in the afternoon, the brand displayed the the joy and the flavor of its brand on the beach of El Barco in La Pedrera, where the vacationers enjoyed an emblematic brand activation of Cuban rum.

In a day in which sport was mixed with music and party in one place, Bossaball once again showed its adaptability and flexibility thanks to its easy installation and its ability to give a brand the possibility of exposing its values ​​in a participative and attractive way. In this case, Havana Club was able to associate its image of freshness and authenticity with the novelty and originality of Bossaball.

100% made and aged in Cuba, Havana Club combines freshness and character to prepare authentic Mojitos and Cuban Daiquiris. It is manufactured in Santa Cruz del Norte, Cuba. The brand was established in 1878 by José Arechabala, born in Gordejuela, Vizcaya, Spain and was nationalized in 1960, after the Cuban revolution. Since 1994, Havana Club has become a priority brand for the Pernod Ricard Group. Currently, Havana Club is the best-selling Cuban brand of rums in the world, a position it intended to maintain with the activation of #ElMixDelVerano. 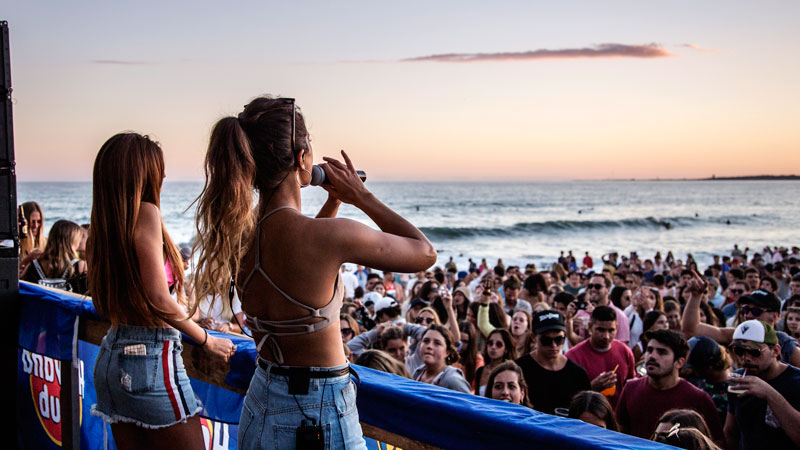 La Playa del Barco, which receives its name due to the remains of a shipwreck that lies on the beach, is located in one of the best balnearios of the department of Rocha, La Pedrera. It is the beach chosen every summer by young people and throughout the year by surfers. However, the main sports activity during this summer day was the new sport Bossaball. 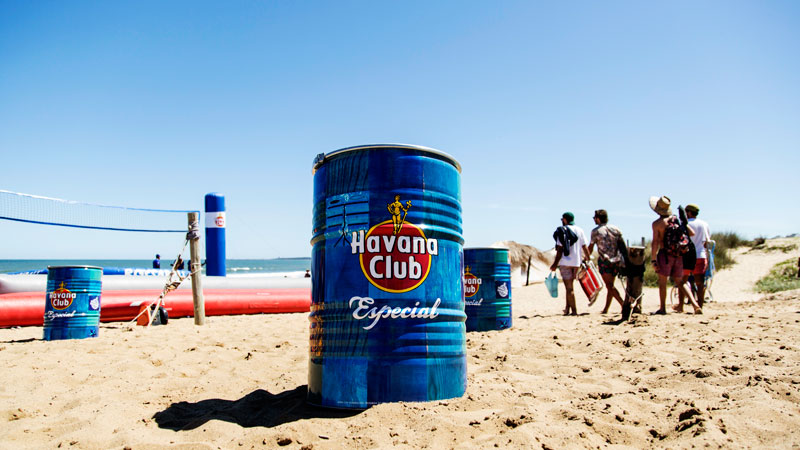