The feminine hygiene brand Kotex held a one month promotion tour, bringing Bossaball to the coastal cities of Buenos Aires, among them Mar del Plata, Pinamar, Villa Gesell and Rosario.

Kotex introduced an innovative line throughout the branding tour. The brand is owned and operated by Kimberly-Clark, a consumer products corporation that operates in more than 80 countries.

No matter what type of protection you need, with Kotex everything is under control.

The tour, which combined performances of our players and clinics for the public, resulted in Kotex exposing its new product, while inviting women to try out their new protection technology during an intense session of Bossaball under the coastal sun. 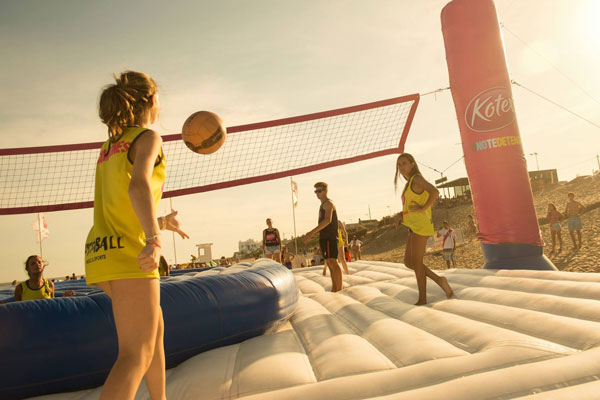 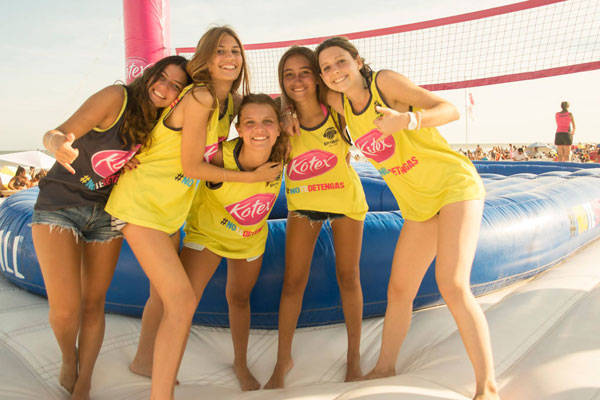 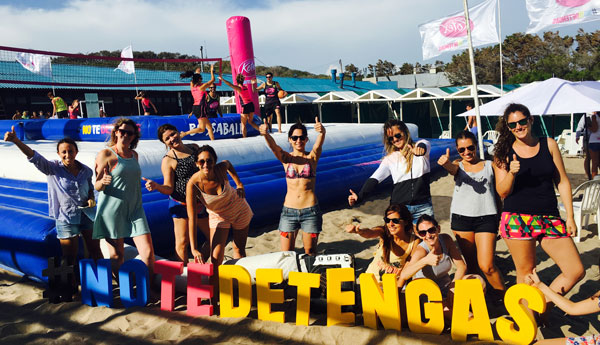 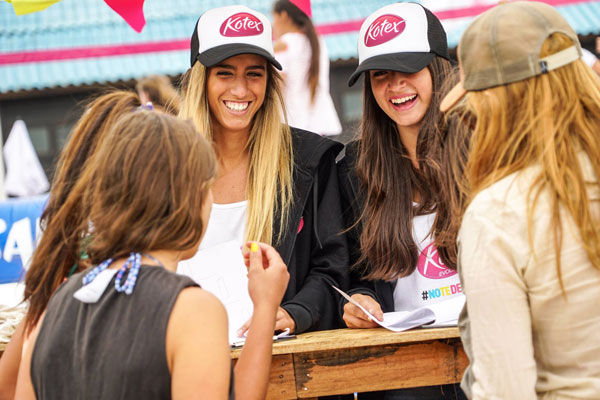 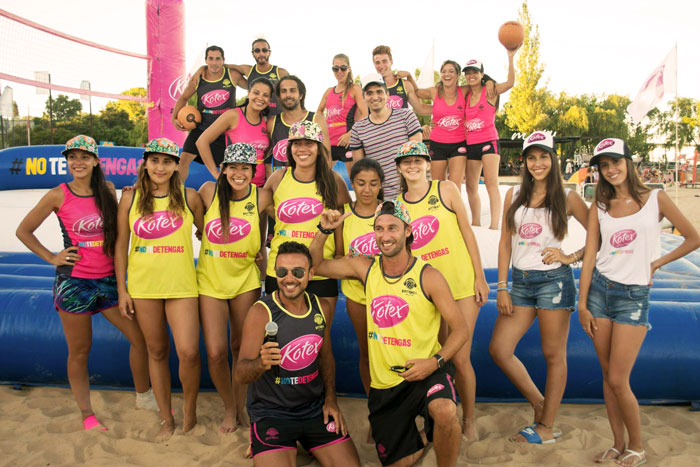 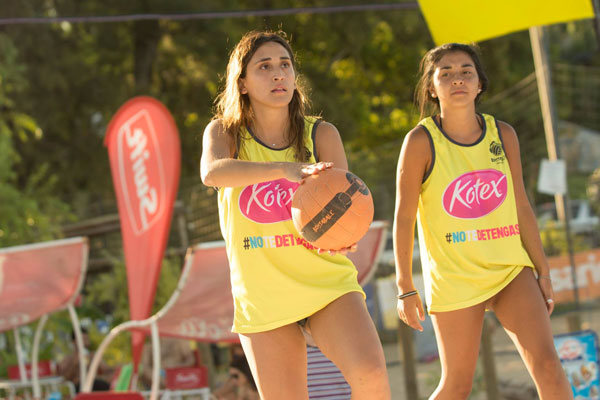 The result was a success, as the brand achieved the aimed for customer satisfaction and was able to share the game with the talented, enthusiastic and energetic Argentines that were present on the tour.

Bossaball Argentina returns to the beaches of the Atlantic coast

When, 6 seasons ago, Ari Bresler was confident with the future of the sport in Argentina, he could not have been more right. And the efforts of Bossaball Argentina are paying off. The tour was mostly attended by local players, which facilitated interaction with the public and gave the benefit that Kotex expected: the successful promotion of its products. 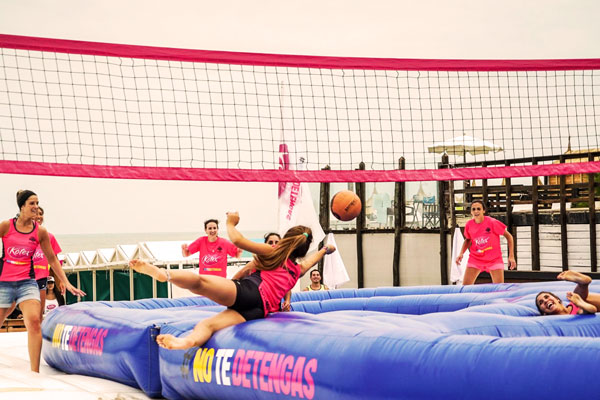 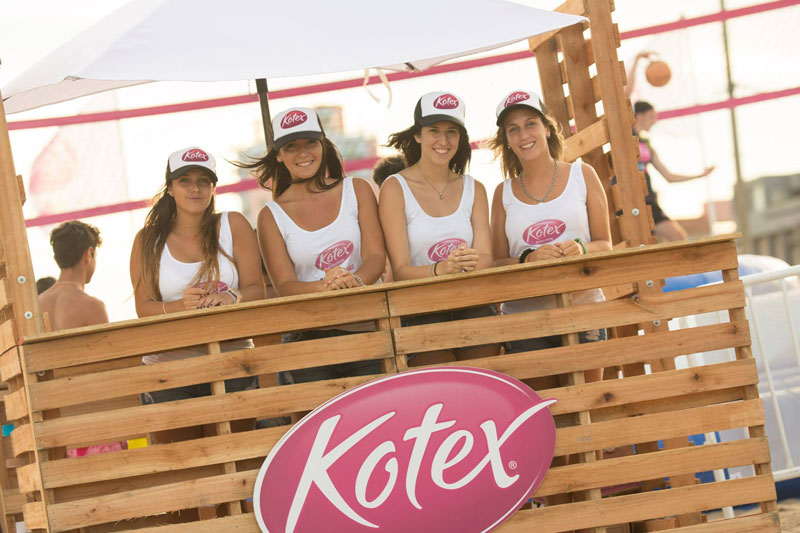 On the other hand, it has been demonstrated that the players are an infallible resource for the development of the sport, which has its roots in South America. “We are proud to have partnered up with Kotex, a brand of Kimberly Clark, a leader in Health and Beauty products,” says Bresler. Check out the official video of the tour:

Olympic spirit on the court

Ana Gallay from Mar del Plata, player of the Argentine Beach Volley team, joined the activity on the beach. She currently plays with Georgina Klug, with whom she won the gold medal at the Pan American Games in 2015. In June 2016, they qualified for the Olympic Games in Rio de Janeiro. At the Copacabana, Gallay already had been on the Bossaball court and in Mar del Plata she once again took her abilities to our territory.

The Bossaball tournaments were held from 2 to 6pm at the following beaches: 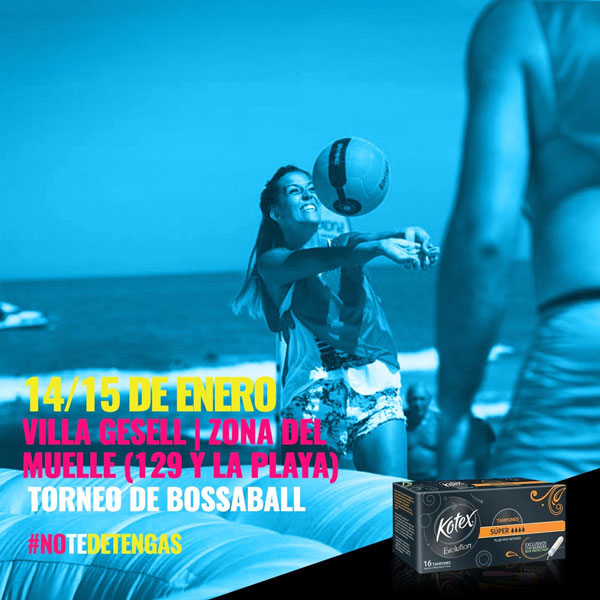