Bossaball in the shade of Dubai’s skyscrapers

Etisalat, one of the most powerful companies in the United Arab Emirates, chose bossaball as a marketing tool!

From the 1st till the 3rd of May 2015, just after Bossaball’s 10th anniversary tournament A decade in the air Cup was over, the Bossaball court was set up on The Beach Dubai, just in the sight line of the Burj Khalifa, the world’s highest building. Spikes and flips in between skyscrapers – that’s what the players had come for just after the international tournament in Southern Spain had finished. The event on Dubai’s beach combined shows and clinics led by our nine-person team of players from Spain, the Netherlands, Belgium and Slovenia.

Etisalat is a multinational UAE based telecommunications services provider, currently operating in 15 countries across Asia, the Middle East and Africa. The event enabled one of the largest mobile network operators worldwide to associate itself with our emerging sport.

The event right in front of The Beach Dubai was not the first one that was set up in cooperation with Etisalat. Already in 2014 an event series was held on Diplomats’ Beach on the Egyptian coast. Check out the promotional video that was made of the event! 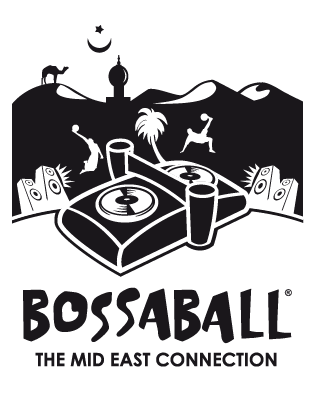