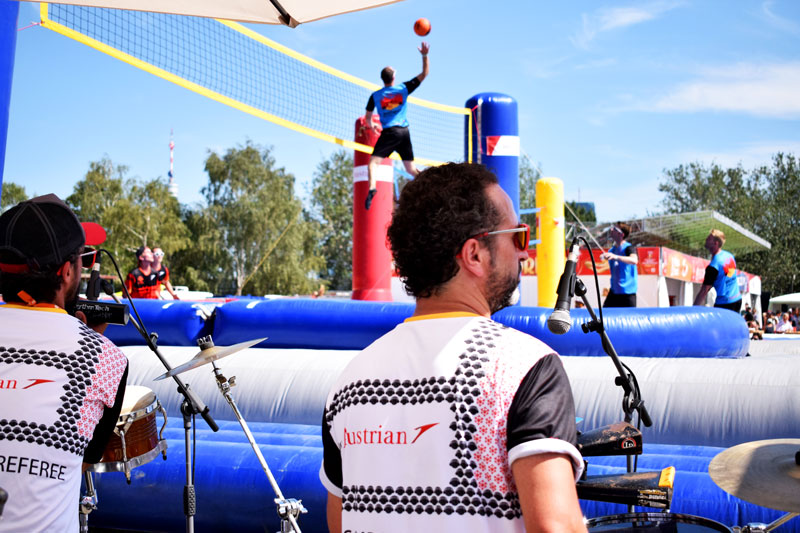 They take it to a higher level

The word bossa, which is sometimes translated as style, flair or attitude in Portuguese, is commonly associated with Bossa Nova, a samba influenced type of Brazilian music. The name Bossaball, therefore, is perfectly fitting as Bossaball aims to combine sports, music and positive vibrations. In fact, music is a major component of a Bossaball show.

The person overseeing the game is called the “samba referee” and does not only make calls but also serves as the Master of Ceremonies with the help of a whistle, a microphone, percussion instruments and an exotic DJ set. With the music flowing and the dynamic court encouraging even more adventurous moves, it won’t take long until players are flinging themselves into overhead bicycle kicks and diving digs. Bossaball has a salsa flare to it. Even the refs will get your hips moving!

Do you like action sports? Are you a DJ? Do you have a funny voice? Can we leave a game of bossaball to your judgement? Then you might have what it takes to become a samba referee! Send us your mixtapes, ideas, anything good, and if we like it, we will get back to you…