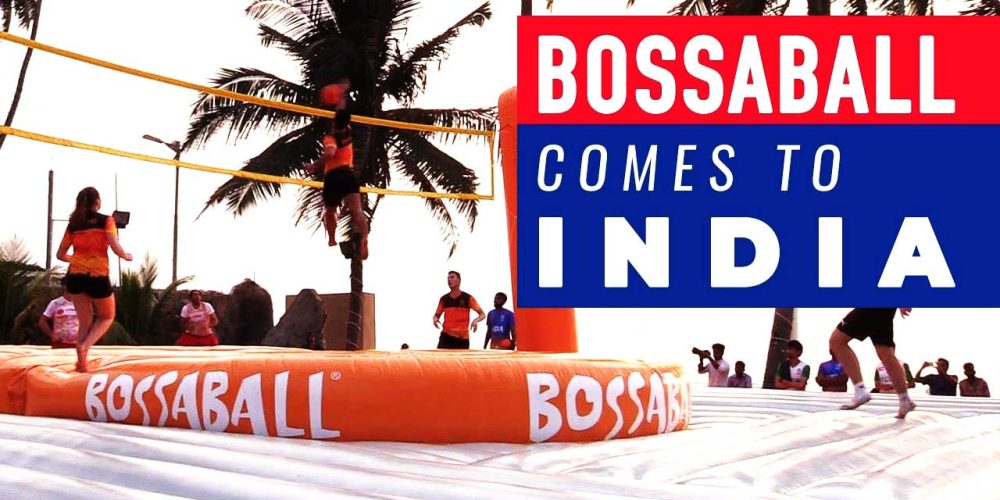 Bossaball India is officially launched! The new sport with the flow of Brazil’s zesty bossa nova music kicked off in Mumbai in March 2018. Bossaball International collaborates with SCK Sports and Entertainment as a partner to develop Bossaball in India.

Bossaball set foot in India on March 16 at Razzberry Rhinoceros, an iconic outdoor music venue in Mumbai. The exclusive one-day premiere witnessed matches among the Indian teams and two international teams from the Netherlands and Spain. “Having taken off in various countries like Belgium, Spain, Netherlands, Brazil, Colombia, Singapore and others, we are looking forward to Bossaball’s success in India. We plan to set up a number of courts across Mumbai and target other tier 1 and tier 2 cities in the coming year. The new sport is high energy and endeavors to create an entertaining and lively vibe. Get ready to experience the ultimate mélange of flexibility, agility and coordination ”, shares Filip Eyckmans. 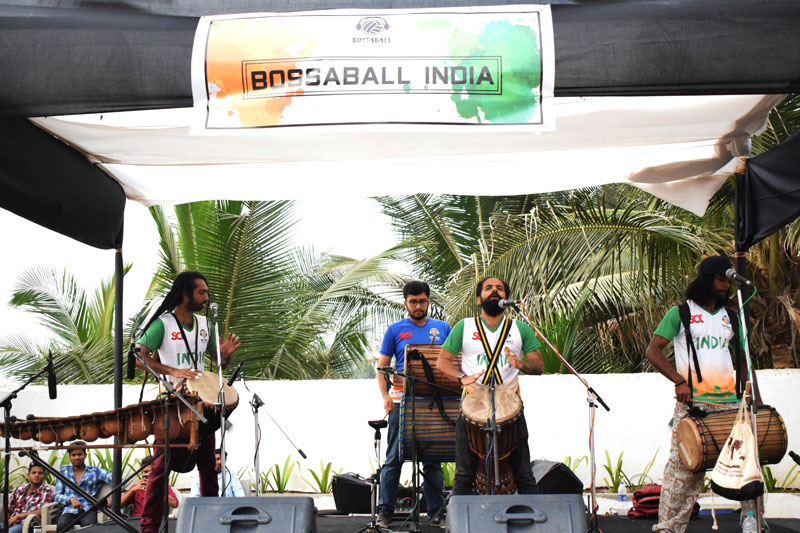 The Bossaball teams from Spain, the Netherlands and India were sporting new jersey designs for the launch of the sport in India! 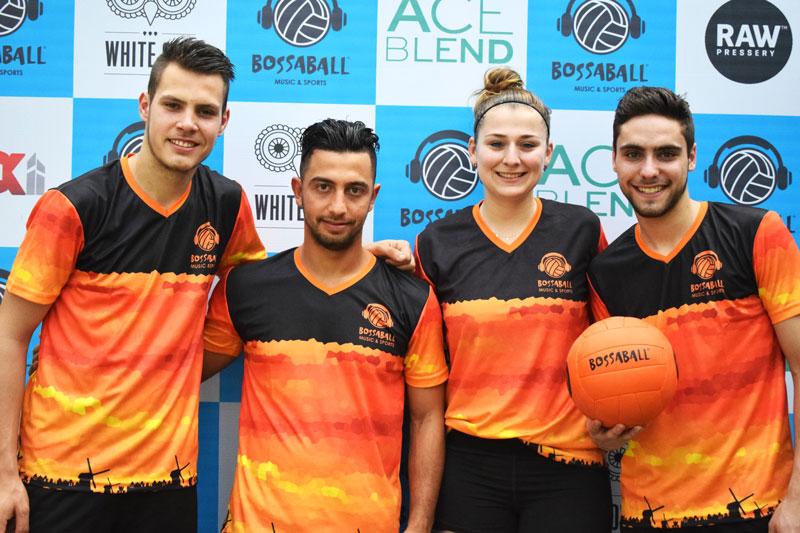 Following years of Bossaball events in Singapore and the Middle East, Bossaball spreads its wings towards South Asia! The plan for the near future is to set up a number of courts across Mumbai, where the first Indian Bossaball club has found its spot at Nerul Gymkhana in Navi Mumbai. The second set-up will kick off on the 1st of May in Bandra West, Mumbai. 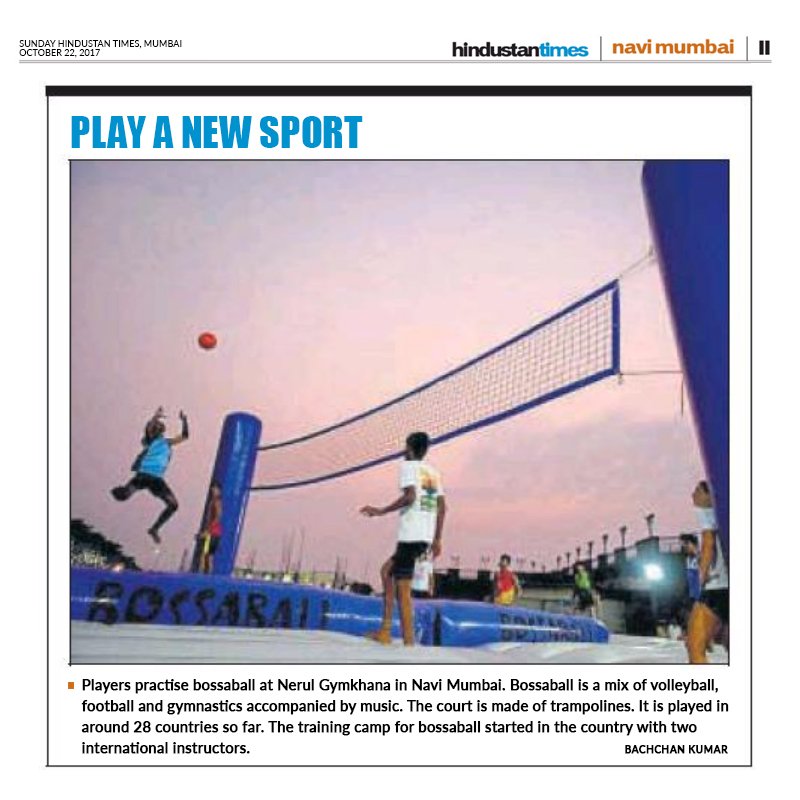 Hindustan Times, one of the largest newspapers in India, announced the Bossaball club in Navi Mumbai.

Already in the week before the official launch on March 16, a Bossaball court was set up in the area, when the international Bossaball selections met the Indian teams for intense training sessions. For this occasion, Mid-day, a daily Indian newspaper swung by and exclusively covered the action in Bandra West. In the time leading up to the official launch of the new sport, Bossaball India was part of the Mood Indigo at IIT Bombay, India’s largest cultural college festival. In collaboration with Things to do in Mumbai, the college festival, with a footfall of 150.000 visitors, integrated the sport in its program. Try your hand at Bossaball, a ball game between 2 teams, combining elements of volleyball, football and gymnastics with music at Nerul Gymkhana in Navi Mumbai tomorrow between 3-9 pm. It is a new sport that has just arrived in India & is played on an inflatable court featuring a trampoline on each side of the net. Presented by @iitbombay.moodi & @things2doinmumbai, you can register your team of 5 at https://moodi.org/MIbossaball to get the thrill of a lifetime for FREE. Winners also get a chance to Scuba Dive at Dive India Centre in Vashi. Tag your SQUAD with whom you want to try this out. Video via Bossaball International (YouTube) #things2doinmumbai #Bossaball #moodindigo #iitbombay #mymumbai #instamumbai #Mumbaikar #Mumbaikars #mumbai_igers #Bombay #Mumbaidiaries